How stupid can creationists get? I don’t know, but I’m pretty sure it’s even more stupid than they assume me to be.

A short while ago I mentioned this Indonesian creationist who was posing as an evolutionary biologist writing a book “for the science community”. He wrote to me Just Asking Questions.

He wasn’t very good at the pretense. His first question was about the Atlas of Creation. 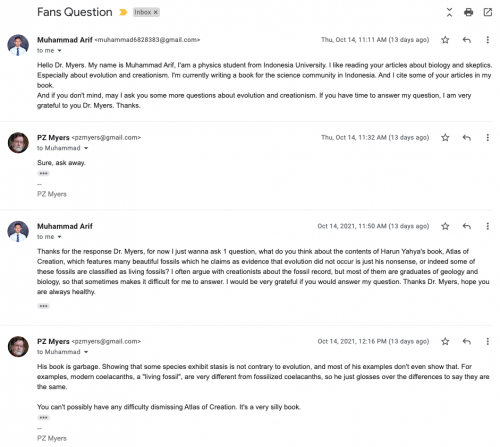 I was not very nice in dismissing him.

Really, if you can’t explain what is wrong with the Atlas of Creation, you’ve got no business writing a book about evolution. It’s that simple.

Alas, he is persistent and has come back with more requests. Dude, you are obvious, go away. 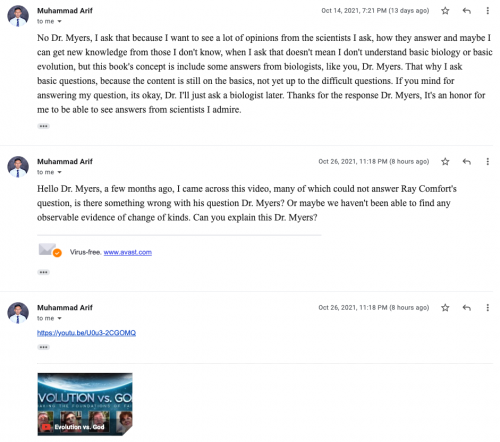 Ray Comfort only asks questions that biologists can’t answer because they are based on his misconceptions. Have you seen a cat evolve into a dog? The first elephant to evolve would have had to wait for millions of years for the first female elephant to appear. How do you explain elephants, then?

Not to mention that if you do give an answer, he’ll cut it out of his video.

I’m not responding directly to Mr Arif — I don’t want to encourage him. But if Muhammad Arif wants to be exposed as a dishonest fool, I’m happy to help.

Who will exterminate the exterminators? » « How to commit violence using only your words