I did a little river-rafting this morning. This page is a map of the continental US, and if you click anywhere it traces the path of a raindrop to the ocean for you. Morris, Minnesota is a long way from the Caribbean, and the rivers wind and loop constantly. It’s a short hop from my home town to Puget Sound. 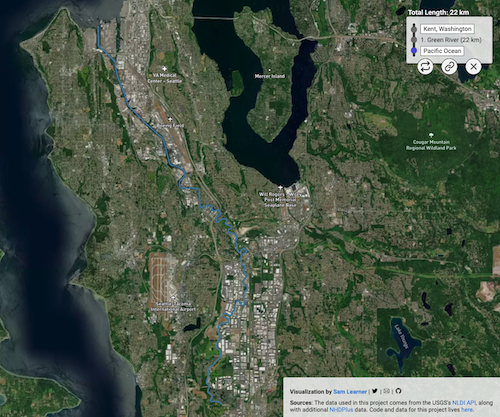 Warning, though: I tried to trace where a raindrop in Salt Lake City, Utah goes, and it’s really short — a few kilometers to the Great Salt Lake — and then the program hangs interminably. I guess it doesn’t like that it doesn’t reach an ocean.

Don’t drag me into your petty squabbles, loons » « The cat is going to be insufferable if she finds out