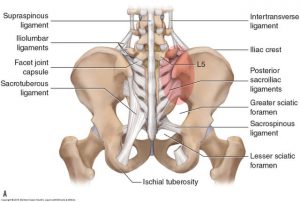 I just got back from my first physical therapy session, and I guess these doctors actually know stuff. She very quickly diagnosed my problem as an out-of-whack iliosacral joint — I was asymmetrical, one hip higher than the other. So she laid me out, gave me 3 hard yanks on the right leg, and bob’s your uncle, I was symmetrical again. But also pretty sore. I’ve got some simple exercises to do, an ice pack, and a warning to avoid sitting awkwardly. That’s it! I’ll live! And even better, I’m feeling less pain already.

Now all I have to is avoid doing anything stupid and quit pretending I’m as flexible as a teenager, and I’ll be out stomping the fields for spiders in a few weeks.

Local is global » « We need to plan for the happiness of nonexistent people?