She was a very tiny angel. As I was making coffee, she slowly descended on a silken thread to float in front of my face. She was minuscule, little more than a dust mote, almost invisible. 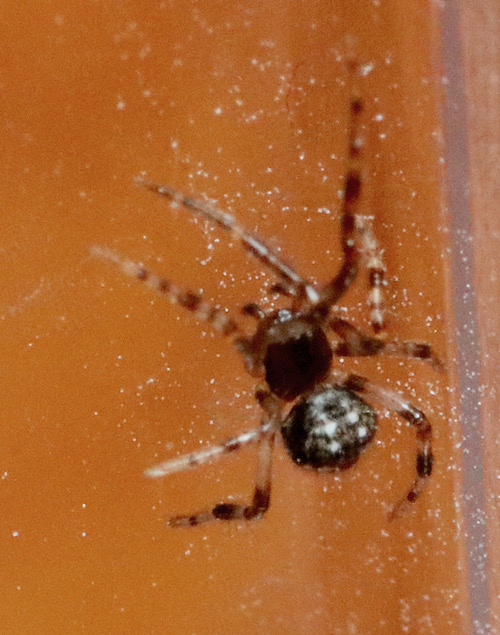 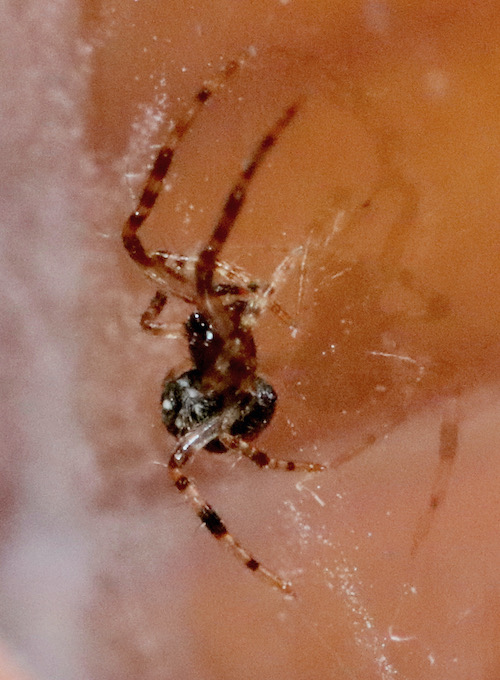 She whispered an important message to me, though.

“We are all of us tiny and insignificant in an immense world. Most likely I would have descended before someone who wouldn’t even notice me. If I were noticed by a person, they most likely would destroy me. By purest chance, though, I have appeared before one of the few people who would be delighted to see me.”

“Remember your place in the universe, that you are both a victim and agent of fate, and be kind.”

Then she was nice enough to let me snap a few blurry photos before I released her back into the house. She was the first Steatoda triangulosa of the spring, you know.

The pandemic is not over, stop acting like it is » « Sigh of relief