I’m seeing a lot of slack in my little town: I’m vaccinated, but I still wear a mask in public and shy away from getting within 2 meters of anyone, but apparently a lot of the locals think the pandemic is over and have stopped bothering. It doesn’t help that we have idiots everywhere who claim without evidence that masks and vaccines are bad things that violate their rights.

So look at this ninny virtue-signaling to his fellow ignorati. 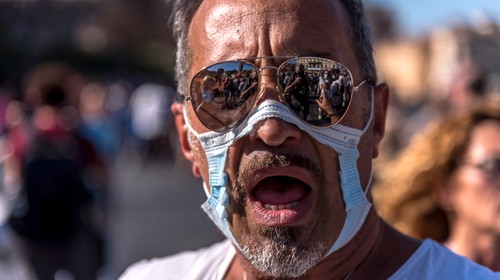 And then there’s the new conspiracy theory going around: getting vaccinated turns you into a plague rat.

A conspiracy ripping through the anti-vax world may finally drive some anti-maskers to do the unthinkable: wear a mask and keep their distance.

The conspiracy—which comes in several shapes and sizes—more or less says the vaccinated will “shed” certain proteins onto the unvaccinated who will then suffer adverse effects. The main worry is the “shedding” will cause irregular menstruation, infertility, and miscarriages. The entirely baseless idea is a key cog in a larger conspiracy that COVID-19 was a ploy to depopulate the world, and the vaccine is what will cull the masses.

Experts say the conspiracy is born from a fundamental misunderstanding of how vaccines work.

There has to be a limit to the absurdity, doesn’t there? First they bumble about claiming that a disease that has killed a half million people in the US doesn’t exist, and now they’re claiming that a disease that doesn’t exist and can’t exist is going to make everyone sterile. And they’re led by pseudo-intellectuals who have figured out that anything that causes fear will make them rich and famous.

There’s this guy named Jay Bhattacharya, whose claim to fame is that he is one of the authors of the Great Barrington Declaration, that infantile libertarian whine that we ought to ignore all of epidemiology so that people will start spending money at businesses again. Back in January, he wrote this:

This is rather like Elon Musk claiming we’d have “zero new cases” by April…of 2020. Why does anyone listen to these wankers?

Do read this great debunking of Bhattacharya, but I think this is the most appropriate dismissal of his (and Musk’s) claims: 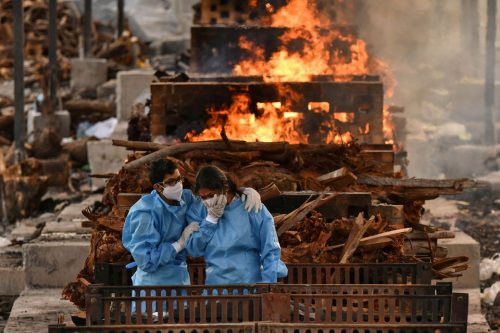 Twenty-five million cases and a quarter million dead is a pretty strong argument that you should just ignore these evil people…or arrest them.

Sadly, he’s almost certain to get better » « I was visited by an angel this morning