You’re acting strangely. You’re carrying out a partisan, biased “recount” of an already settled election, and your deep investigation involves searching for bamboo fibers in the ballot, because that would mean they were printed in China? Why would you think they’d pre-print them in China, and go to all the trouble of shipping them across the Pacific, when — I don’t know if you’re aware of this — we have plenty of paper and printers and all that sort of thing right here in the US? This is a conspiracy theory, and it is stupid.

In which case, this makes more sense: to guarantee the future supply of stupid people who will fall for stupid conspiracy theories, the Republicans want to compel schools to teach stupid ideas.

Republican lawmakers voted Wednesday to punish teachers who don’t present both sides of controversial science or events, a move some lawmakers say could force them to seek out and present contrary views on everything from climate change and slavery to the 9-11 terrorist attacks, the Holocaust — and even whether Joe Biden really won the election.

The measure approved along party lines requires any “controversial issues” discussed in the classroom must be done “from diverse and contending perspectives without giving deference to any one perspective.”

Well, that’s familiar: that’s the creationist “Teach the Controversy” strategy that they deployed to enable them to introduce garbage into the classroom. Now it’s just being broadened by Arizona Republicans.

I don’t know why they’re doing this. Were they jealous of Florida’s reputation? Are they hoping to get everyone else to laugh at “Arizona Man”? Because it’s not going to happen as long as Matt Gaetz lives.

Although, I do confess, this was a pretty good effort. 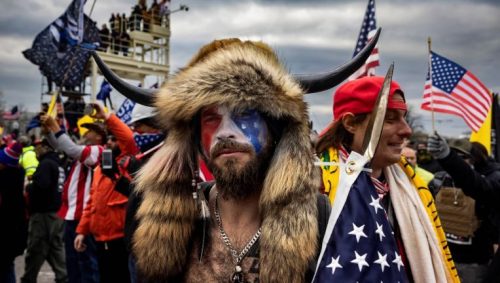