There exists a real group of gun nuts who virtue-signal to each other by posting photos of themselves holding guns to their crotches — loaded guns. I’m not sure why. It seems to violate basic principles of gun safety, for one thing. 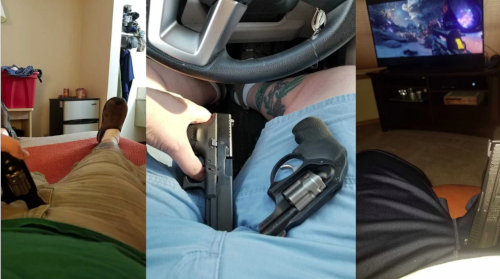 The predictable event has occurred: one of these happy-go-lucky twits has shot himself in the testicles. Before you read the link, ask yourself what lesson the gun-ballers should take from this, and how the other participants in the “game” should respond. If you want to guess right, begin by assuming these people are already colossal idiots.

Yes. They made the victim of the self-inflicted wound the president of the group. After all, he shot himself in the balls with a .45, so he’s clearly presidential material. Very American. I am so proud to be a member of this species.