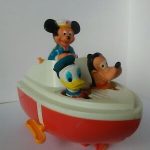 When Donald Trump beckons, the media fall all over themselves to answer. For instance, lately Trump has been obsessing over “boat parades” and how much boaters love him, so the Washington Post indulges in overwrought analysis and puts together some fancy data visualization to show that yes, people who can afford boats tend to be Republican. Whether the boater population is a significant slice of the demographic pie, and whether they will be a significant factor in the election, and whether it is at all appropriate or useful for a newspaper to focus a microscope on such a trivial question is an exercise left for the reader. 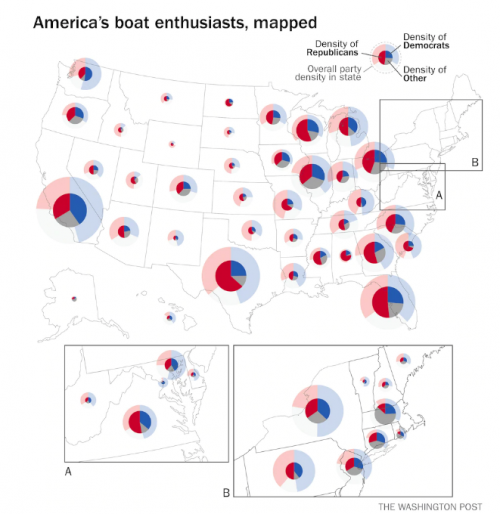 I can’t afford a boat, and I have no interest in owning a boat, so I guess I won’t be cruising around Lake Minnewaska waving a big blue “Trump Sucks!” flag. Is this a meaningful datum? All it tells me is that wealth has a positive correlation with supporting an establishment party that panders to money. (Well, actually, both parties pander to money, but one is more overt than the other.)

By the way, the WaPo is at least willing to point out what a narcissistic flibbertigibbet Trump is. He had earlier announced that he was “too busy” to throw out the first pitch at a major league baseball game, then abruptly, to the surprise of his staff, announced at a press conference that he was going to throw out the first pitch for the New York Yankees…which was also a surprise to the Yankees. What prompted the about face?

He learned that Anthony Fauci was throwing out the first pitch for the Washington Nationals.

Trump was irritated that Fauci was given the honor, the Times reported, citing an official familiar with his reaction. Not to be outdone, he reportedly told his staff to get in touch with the Yankees and take Levine up on his offer, but then the president went ahead and threw a curveball at the coronavirus briefing with his claim that he would take the mound on Aug. 15.

Jesus. The country is run by petty high-schooler.