It’s cutting close to home now. South Dakota has reported FIVE putative cases of COVID-19 with one death scattered across the state, among people who had no contact with each other. 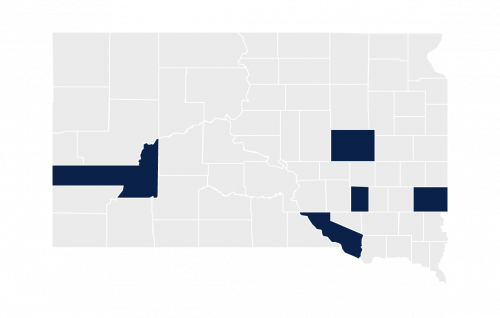 It’s entirely possible that this is a case of paranoia and misdiagnosis, since adequate testing kits have not been available, despite the fact that Trump officials keep saying it is contained. We can’t know. That’s a big part of the problem, that when science denialists are running the government they interfere with getting good information and allowing us to manage a disease effectively.

The news just came out that South Dakota — South Dakota! — has 5 presumptive cases of SARS-CoV-2 infections, including 1 death. South Dakota has lovely people and places, but it’s not exactly the center of the universe, or even of the midwest. It has ~885,000 people in total … roughly 0.3% of the US population. So a simple extrapolation to ~330 million people would imply something like 1,800 infections over the entire USA.

There’s good news and bad news. Good news: there weren’t 5 cases reported in North Dakota, which has an even lower proportion of the US population.

All the rest is bad news. We’re assuming all potential infections have been tested and discovered. We’re also looking in the rear-view mirror, time-wise. In most cases, it takes a few weeks for an infection to lead to death (when it does, which fortunately is not usually the case). Maybe a week or so to develop symptoms that would lead to someone being tested. So let’s call it a week. Well, this virus typically doubles in a week or so. So 1,800 infections a week ago (ones that have become symptomatic today) implies ~3,600 infections at present in the USA as a whole.

It’s personally worrisome, because Morris, where I live, is way out on the western edge of Minnesota, physically closer to South Dakota than we are to Minneapolis. Isolated rural communities aren’t supposed to be hotspots for pandemics, don’t you know — we leave that to the big city folks. Yet here we are, where we might have to deal with this at home.

We’ve received some concerned messages from the university administration, too. We’re supposed to develop a plan for how we’d complete lab courses if we go on lockdown, which isn’t exactly reassuring. I’ve been thinking about it, and have some less-than-satisfactory ideas about how I could wrap up the genetics course, and we’re supposed to have a meeting to discuss biology’s response tomorrow.

Our goal has to be to slow the spread of the disease to prevent medical services from being overwhelmed. Nobody is panicking — I’m already seeing conservatives mocking any response as panic — but taking necessary steps so that we don’t reach a situation that is unmanageable. 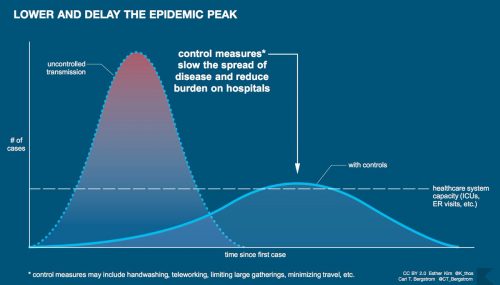 We already have examples we should be learning from, in China, in South Korea, in Italy. This rather cluttered infographic summarizes the lessons from Italy. It’s like a tsunami. 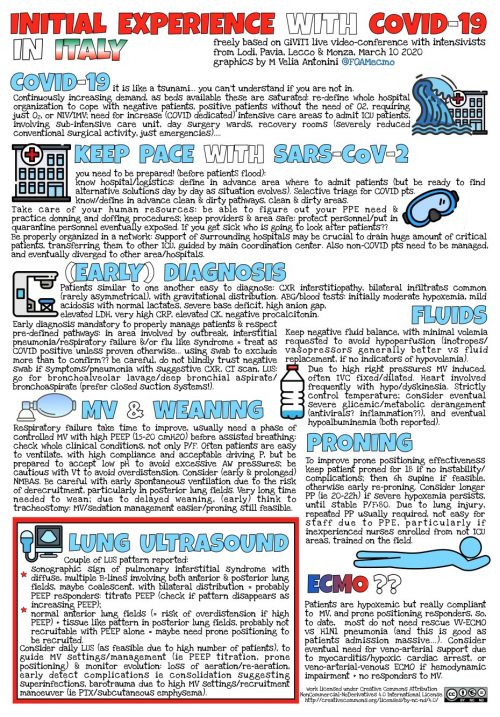 There’s a lot of medical jargon in that — I hope my local clinic is paying attention.

You are here » « Can we not pick the “safe” one who always seems to lose?