It’s a handsome Aussie fella, and they named it Dwayne “The Rock” Johnson. Johnson should be flattered. I’ll tuck it below the fold and when you’re ready to achieve full consciousness, read on. 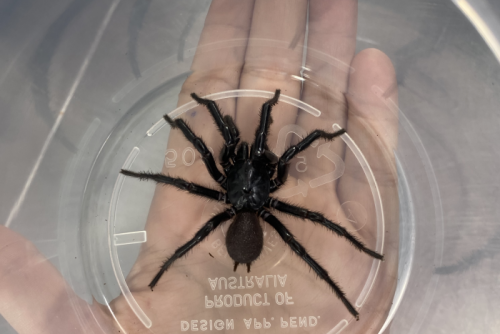 Did that make you more alert? Like a jolt of espresso?

Ahh, I am jealous. I’ve been pining to see some more spiders — everything is under a blanket of snow ’round these parts — and have been planning some expeditions to exotic places like Pope and Swift and Kandiyohi counties come the thaw, which probably won’t happen until late April or May. Except for that bit about occasionally catching on fire, Australians are so lucky.

It happened again! » « That’s how the right wing works