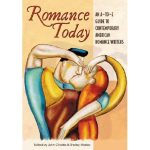 I’m not at all involved in this ongoing meltdown of another organization, but wow, does this account of the chaos at Romance Writers of America sound familiar.

It’s interesting to watch a major organization collapse in real time. I’m not involved, thankfully, but seeing the fall of the Romance Writers of America has been something. Whether it truly does cease to be still remains to be seen—a lot of its members are not on social media, and probably have no idea what’s going on—but for the online writing community, it seems the RWA will come to an end, going the way of all dinosaurs.

But to those authors on Twitter who are aghast—AGHAST, I tell you—that there could racism and bigotry in the RWA, I have to ask: why is this news to you? Courtney Milan has been fighting for marginalized romance authors in the RWA for quite some time. What exactly do you think she’s been fighting against?

Yikes. That link has a comprehensive summary of the events, but in short: the woman who was chair of the ethics committee, Courtney Milan, complains about racism in some of the authors’ works, leading several people to file ethics complaints against her, and then everything blew up with a flurry of resignations, firings, retractions, total chaos. Even now further revelations about bias in the management of RWA are trickling out.

It’s rather obvious that bigotry was rife in the organization (as it is everywhere), and what’s driving much of the meltdown is that some peoples method for dealing with racism is to deny that it exists. Problem solved! I’ve seen the same thing happen with various atheist/skeptic groups, and I rarely see them outright ending, they’re more likely to reconstitute themselves. Unfortunately, it’s 50:50 whether they improve vs. ending up under the sway of the assholes.