I usually skip this event at Skepticon, the Skeptiprom. I’m kind of a wallflower, and I don’t dance, but this year, I have a reason to go.

It was a good day. I did my usual spiderwalk, and found that the outside of the federal building (yes, I got stopped by the police again) was populated with these furrowed orb weavers everywhere. I caught a few, they were impressive. 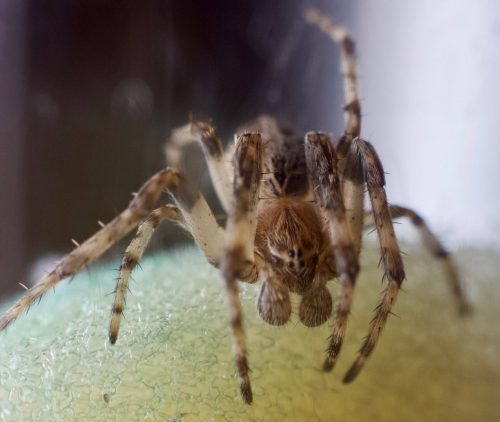 But not that exciting. Then I was informed that they were preparing the area of the hotel that was a former sports bar, and is going to be the site of tonight’s dancing. There were some neglected areas in the back that were cordoned off and are not going to be part of the event.

Allow me to repeat that: the dance floor for Skepticon is tidy and clean, and contains no significant spider population. You want to dance? There are no spiders. Have fun, arachnophobes.

However, back in the cordoned off areas, where no one has gone in a very long time, there are some unspeakably awesome cobwebs. I gasped in awe when I first saw them. And there, in one of the webs, was this splendidly gorgeous huge Parasteatoda. It was perhaps twice the size of the average P. tep in my lab, and look at the splendidly patterned pigmentation. 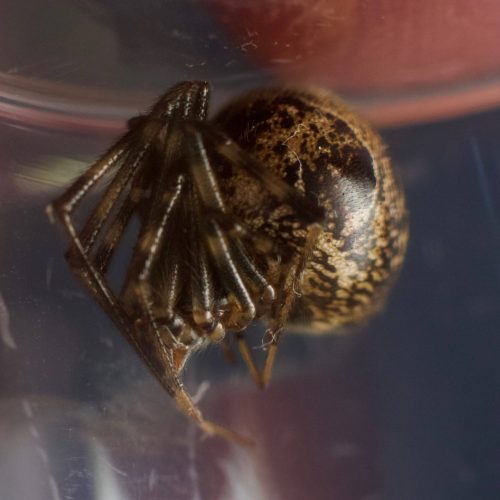 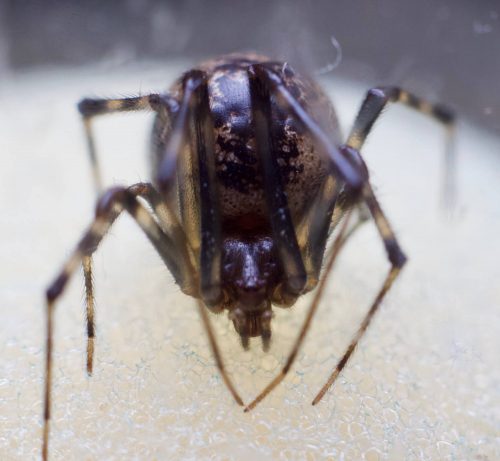 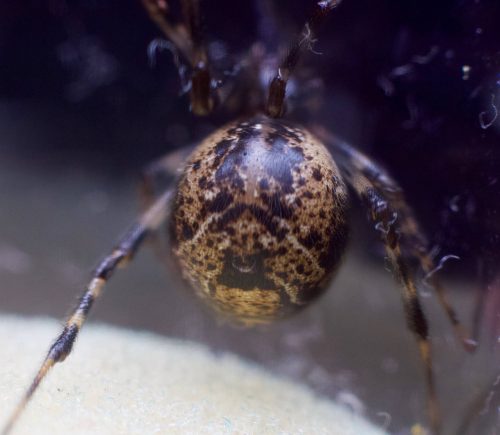 I have captured her. She is mine. I also grabbed two large egg sacs next to her.

We are going to Skeptiprom together tonight. I have also volunteered to take any interested attendees on a brief spider safari to the cobwebby world behind the scenes. We’ll see if anyone is interested. If not, I’ll happily go alone and gaze enraptured on the wild spider world.

IRIS IS BACK! And cancer sucks. » « Jeffrey Epstein is dead