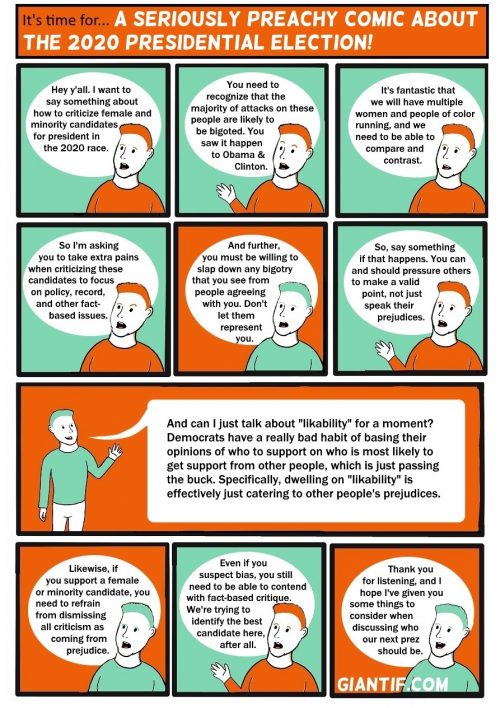 Given how Democrats and the media have dealt with them before, I predict there will be much moaning about whether a given candidate might appeal to Trumpsters. I want to vote for a Democrat of the sort that Trumpsters will hate. Trying to appease racists with a middle-of-the-road compromiser will just give us more racists in office.