And I just missed it, fortunately. There was a conference going on in Florida, and these were the headliners. 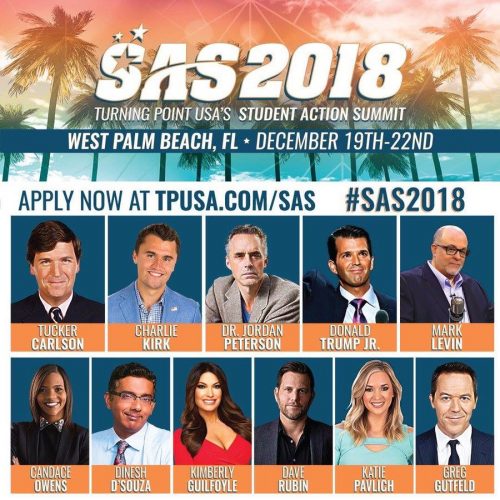 Jesus. And that’s not all. Also speaking at this event were Laura Ingraham, Nigel Farage, Sebastian Gorka, Dennis Prager, Jesse Watters, James O’Keefe, Wilbur Ross, and a mass of other shoggoths. It’s over now, but wow, the worst people on Earth were all gathered in one spot at the same time, and a meteor did not strike, a chasm did not yawn open, thunder and lightning did not scorch that locus of evil into a puddle of burning grease.

Which proves that there is a hell, but there is definitely no god.

Why does Santa come down the chimney? » « Calf Bug-ropin’ with Cowboy Vera, Spider-style