Nike is coopting Colin Kaepernick’s protest by featuring him in an ad. It makes me slightly queasy to see Big Capitalism buying the face of a cause, but I’m not going to argue about that. Instead, the Trumpsters are losing their shit. They’re throwing away or setting their Nike clothing and shoes on fire in protest.

Which is fine — protesting is a great old tradition, they should publicly protest ideas they oppose. Kinda like how Kaepernick has been doing. So they’re protesting a guy protesting for protesting by protesting, and the irony is escaping them, as is the fact that destroying a product you’ve already purchased isn’t exactly doing Nike any harm.

How stupid? Well, this one guy made it even stupider.

He announces his intent to burn his shoes. There’s some foreshadowing about what is to come here. 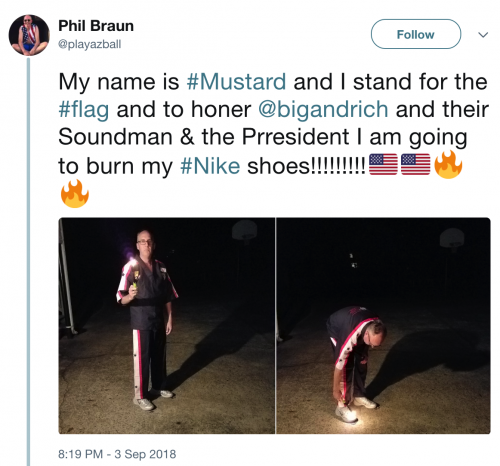 He asks everyone to retweet his principled act of bravery. OK! Happy to oblige! Uh, guy, shouldn’t you take the shoes off before you set them on fire? 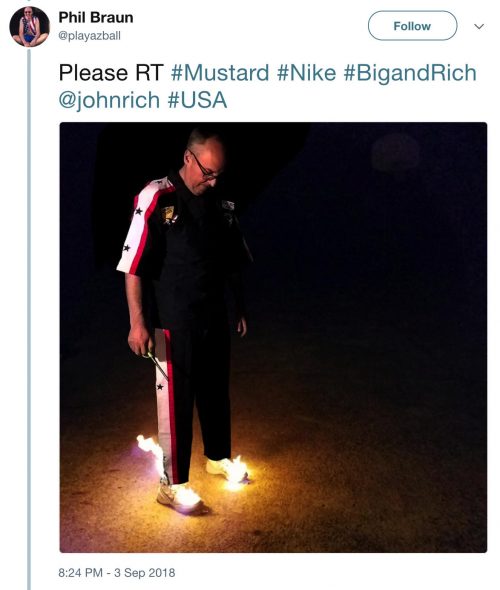 Then, in the third act, the predictable outcome. You can guess where this is going. I’m putting this photo below the fold, because it is a bit grisly. He’s in the hospital now. 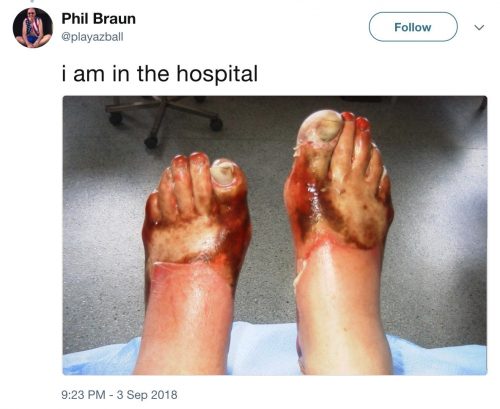 I am so pwnz0red. He sure taught me a lesson.