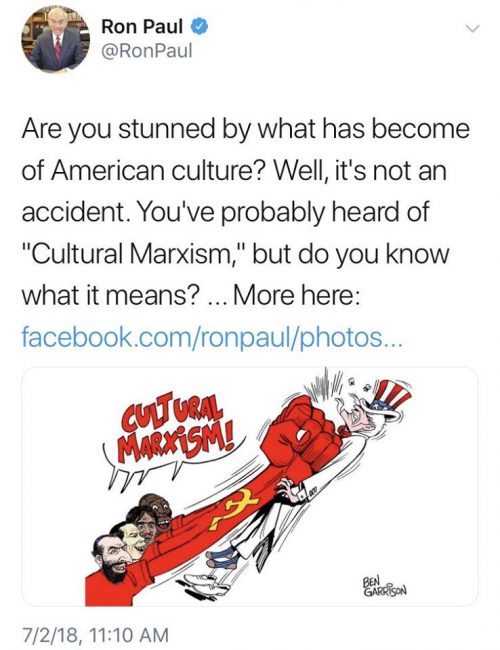 And Ben Garrison, too. Look at those classic racist stereotypes.

I notice, also, that we’re supposed to go to Ron Paul’s photo page on Facebook to learn more about “cultural marxism”. I looked, there’s nothing relevant there, and I can’t imagine that yet another cartoon, since deleted, would be at all enlightening.

Libertarian is just another word for racist, isn’t it?

There’s always an excuse » « What if we planned a sneak attack and a civil war, and didn’t tell anyone?