Is this what nurses are being taught? 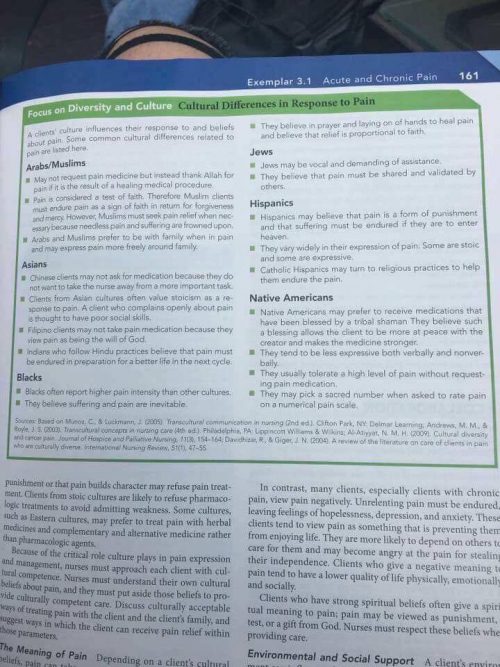 It’s also revealing how white people aren’t even mentioned. We are the standard by which all are measured; our responses are assumed and we just have to mention the differences, like that blacks are inured to pain and Jews complain a lot and Indians are stoic.

I’m not too surprised to see this kind of garbage in a nursing textbook. It’s no criticism of most nurses, but there’s a heck of a lot of bad woo in nursing programs — my university’s bogus Center for Spirituality and Healing is affiliated with the nursing school, to their eternal shame.

Friday Cephalopod: The Red Devil » « I’d feel schadenfreude, except that it’s such a damn sad waste