I said yesterday that our cat’s favorite toy was a stuffed octopus. Today I provide evidence. 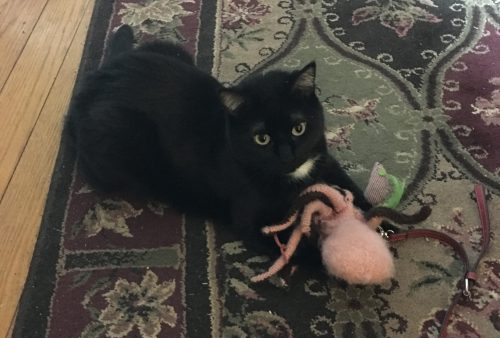