Look at the wonderful example the chief of police of Austin has set, in the case of a jaywalker manhandled by the police. 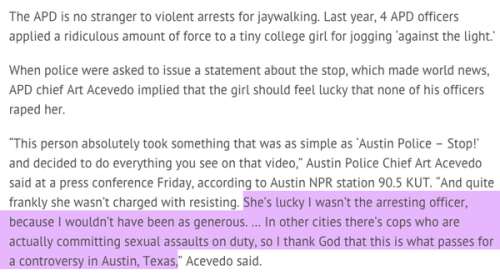 She was lucky. So, so lucky. If they hadn’t been such good police officers, they would have raped her. For jaywalking.

I am so filled with confidence in the Austin police. They won’t rape jaywalkers! Does anyone have any cookies we can send to them?