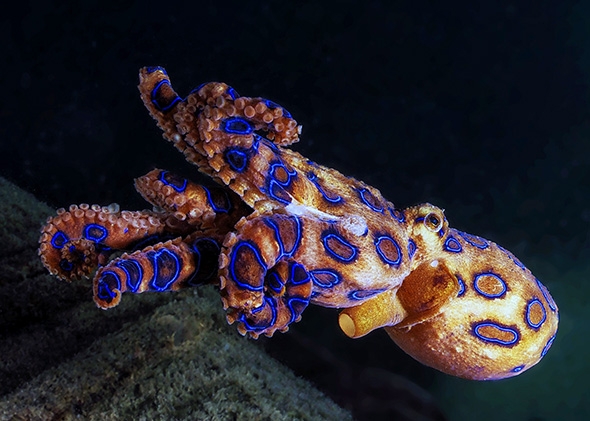 Uh, maybe not. What if it gives you a tiny little nibble?

Now, 10 minutes later, you notice something strange. Your lips are going numb. So is your face. You want to yell for help but can’t: It’s getting harder to speak. And your stomach feels—oh, gross! Right in front of everyone.

You get to the hospital in time. You get hooked up to a ventilator, the machine forcing air into your lungs because your diaphragm is paralyzed. No antidote, the doctors say. You have to wait it out. About 15 long hours later, your muscles start working again. They take you off the ventilator. You can breathe.