I hadn’t wondered about this question at all — I just assumed feminist was synonymous with feminazi — but that just shows how much I know. I was very helpfully sent a cartoon to help me tell the difference. 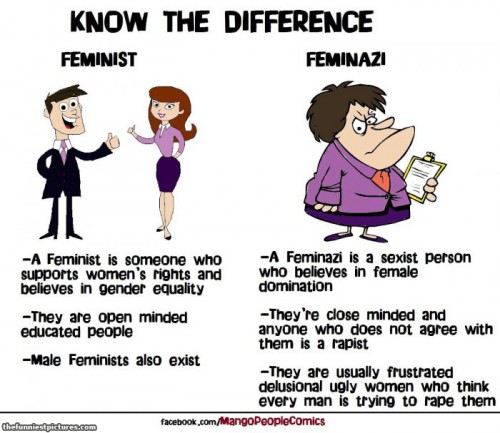 So…the message I take home from this is that feminists are slender and conventionally pretty, while feminazis are fat, ugly, (uh-oh, so far I’m clearly a feminazi) and want to oppress men (whew! Off the hook!). This is a very strange distinction, since I suspect that the number of people who fit the feminazi definition are few and far between, and it means that the anti-feminists must really like Amanda Marcotte and Rebecca Watson.

I don’t think this is going to work.

But it did make me curious, and I went searching for other distinguishing characteristics, and bleeeargh, did Google vomit forth an amazing catalog of non-feminists scribbling imaginary enemies into cartoons. Here’s another example of a similar approach, which gets even weirder. Apparently, feminists bathe regularly, unlike feminazis, and also wear nice dresses and don’t use sarcasm. 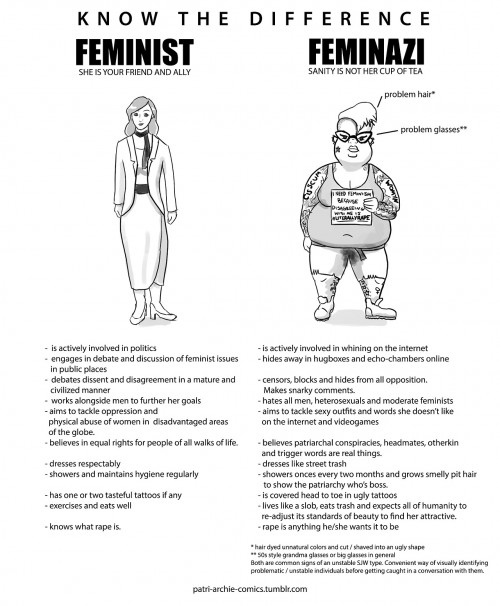 As near as I can tell, this is from a bestiary of imaginary creatures.

It’s also from the pen of a charming man who is dedicated to equal rights for EVERYBODY, which is why he drew this little image in support of the noble goals of #GamerGate. 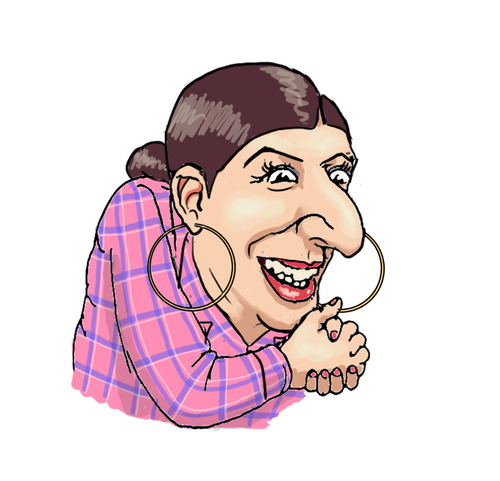 Actually I’m not antisemitic. I love kikes just as much as I love niggers and faggots. Awww have I offended your little SJW feels with my awful words? Suck it up, shithead. ACTIONS are what count in the real world. Words don’t mean a fucking thing. Being offended doesn’t mean a fucking thing either.
I support equal rights for EVERYBODY from every walk of life but I hate word policing and social justice warriors with all my heart.

Get on my level, you hypersensitive little cunt!

That kind of summarizes what I hear from the #GamerGate goons all the time: they looooove equality, they just hate social justice and people who fight for social justice.