America, you are all screwed up. 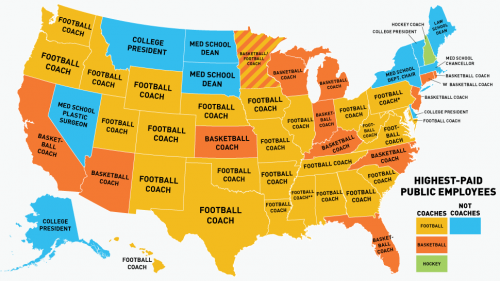 The article also makes the point that the athletic programs these universities sponsor are major loss leaders, draining money away from education to pay off overpaid coaches.