Sometimes there just aren’t enough fluffy bunnies in the world.

There’s a U.S. federal agency called “Wildlife Services” that — like many such agencies — has a name about 180 degrees opposed to its actual purpose. Called “Animal Damage Control”  until 1997, Wildlife Services’ job is, bluntly put, to kill or otherwise control wild animals that are perceived as causing problems for humans.

Wildlife Services has a number of different programs, some of them undeniably necessary . The agency coordinates federal wildlife rabies control programs including oral vaccine distribution. It works with airports to deter flocks of geese from flying into jet engines. It plays a role in managing invasive species. Wildlife Services is a division of the US Department of Agriculture’s Animal and Plant Health Inspection Service, and much of the agency’s mission centers on protecting the interests of American agriculture.

What the agency’s best known for is protecting one specific U.S. agricultural interest — public lands livestock ranchers — from predators. For decades Wildlife Services has worked with ranchers in the American West to kill off predators so that those ranchers’ assets stand a better chance of making it to slaughter. It’s kind of a sweet deal for the ranchers: graze your sheep and cattle on land you don’t own for a dollar and change per head per month and have your competition taken out on the taxpayers’ dime. Never mind that predators can be kept away from most livestock reasonably efficiently by spending a little money, training herd dogs, keeping cattle and sheep together (cattle deter coyotes), or  hiring more herders. That’s out of pocket money for the ranchers. Corporate welfare is just as appealing in Wyoming as it is on Wall Street.

Wildlife Services has taken a lot of criticism for its coyote control methods in the past, including the use of bait stations laced with sodium fluoroacetate, a deadly poison that can inflict significant collateral poisoning on non-target animals if used indiscriminately. Putting a piece of meat out on the range unmonitored, tied to a gun designed to shoot a dose into an animal’s mouth if it tugs on the bait definitely qualifies as indiscriminate, and bait stations intended for coyotes have killed other carnivores from black-footed ferrets to golden eagles.

The agencies has also used leg hold traps and snares to capture coyotes, as well as methods like aerial hunting and use of hunting dogs. All of these are predictably controversial, with sensitive coyote huggers like yours truly taking up positions against and hard-headed pragmatists pointing out that sometimes unpleasant measures are necessary.

I would expect both sides would agree, though, that hiring out the job of coyote control to creepy sadistic assholes is unwarranted. My friends over at Demarcated Landscapes posted yesterday about a Wildlife Services’-employed “wildlife specialist” they’d noticed posting photos of his unorthodox control methods. Those photos are seriously upsetting: the t[disgusting];dr version is that he sets traps for coyotes, then sets his dogs on the immobilized coyotes to rip them to shreds.

[UPDATE: I note that there’s no actual indication that the guy was on the clock with Wildlife Services when he took the photos in question. Still, even if this was “off-duty” recreational torture, hiring him calls Wildlife Services’ screening procedures into question.] 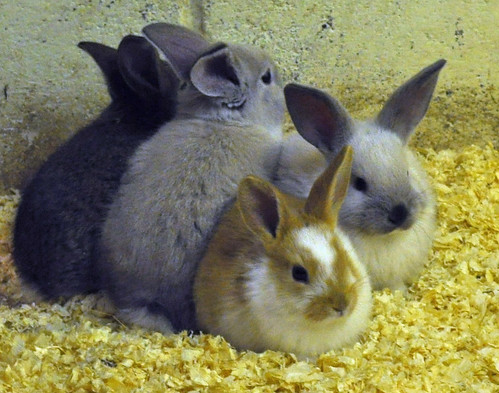 The Demarcated Landscapes post has apparently stirred up a bit of attention: they’ve been getting hits and image downloads from the USDA office in Fort Collins (which is apparently the “gentleman’s” regional office) including photos this guy has posted to Facebook back to 2010. They cleverly saved screenshots of it all, which is lucky because the guy’s Twitter and Facebook accounts seem to have been closed in the last few hours.

I’m not saying here that it’s uniformly wrong to kill problem coyotes, though Project Coyote has a wide range of excellent resources for people interested in more peaceful methods of coexistence. But if you need to trap a coyote, you’ve got it trapped, you have a gun, and you decide to kill it as a form of one-sided blood sport? I completely agree with Demarcated Landscapes in their summation of the situation:

Please, someone, get this man psychological counseling. Anyone who is entertained or amused by letting his dogs kill a trapped coyote has something very, very wrong with him.

Appallingly enough, this method of killing coyotes seems not to be illegal in much of the west — it’s apparently not even particularly unusual. But on the federal payroll? You can voice your concern, should you be so inclined, to Rod Krischke. Wyoming State Director, Wildlife Services, P.O. Box 59, Casper, WY 82602; (307) 261-5336; rod.f.krischke@aphis.usda.gov.

So “Gay Power” was meant literally? » « Ah, but that’s the Republican interpretation of the New Testament