Scatterbrain and procrastinator that I am, I never got around to the second part on the family tree of Chase aka Robots (the first written in January 2021).  The anniversary of a key computer game has finally kicked me out of my laziness.

This is Chase’s second family tree: First Person Shooters.  (This was originally intented to be the third part, but what the hey.)

As mentioned in part one many moons ago, Chase was the impetus for Berzerk, a twitchy maze game from 1980 with walls and robots trying to kill you.  At that time, Silas Warner was trying to create a game about World War II, watching films like “The Guns Of Navarone” for inspiration.  Around that time, he played Berzerk in an arcade and decided to create a slower paced and more puzzle-like maze game where the player’s goal was to escape from a Nazi castle.  Thus, Castle Wolfenstein and its sequel Beyond Castle Wolfenstein came to be.

Castle Wolfenstein was released in September 1981, forty years ago. 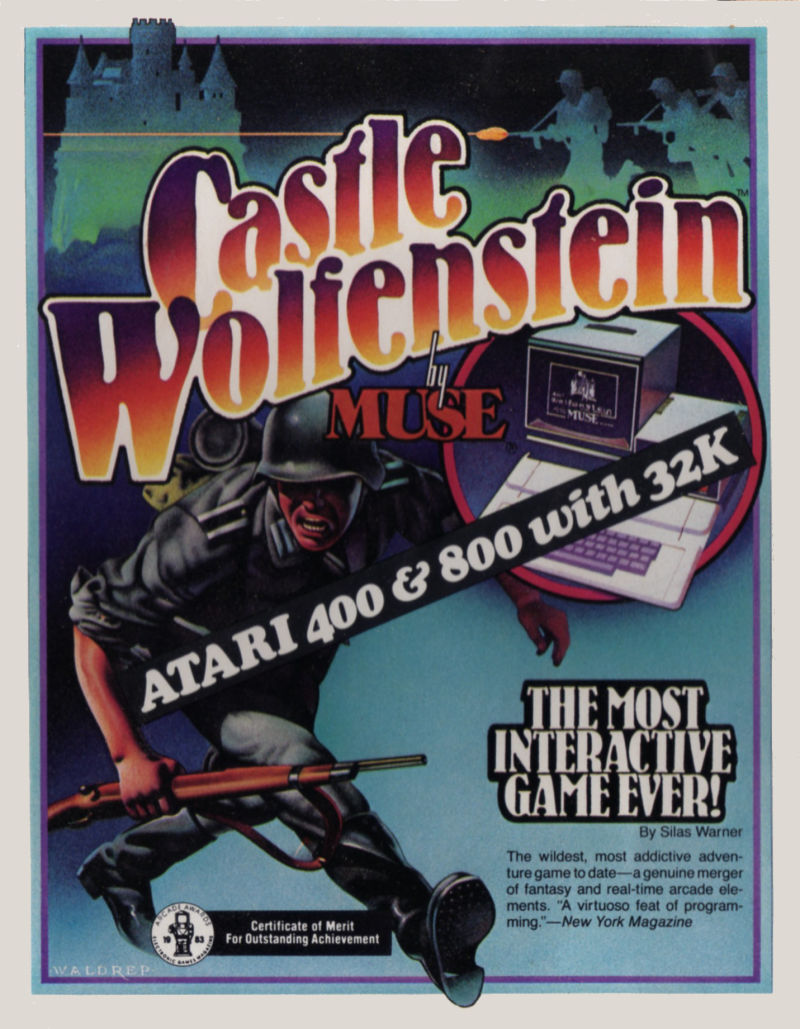 Castle Wolfenstein was unlike any game of its era, more action packed and twitchy than games like Ultima 1 (1980) or Wizardry (1981), but not a pure arcade panic shooter with quick deaths that would frustrate the player.  And with a maze like castle to escape from (locked doors and keys, soldiers and Nazi SS chasing you), it was a mental game that required memorization and strategy.  Once the SS are after you, though, you’re in big trouble. 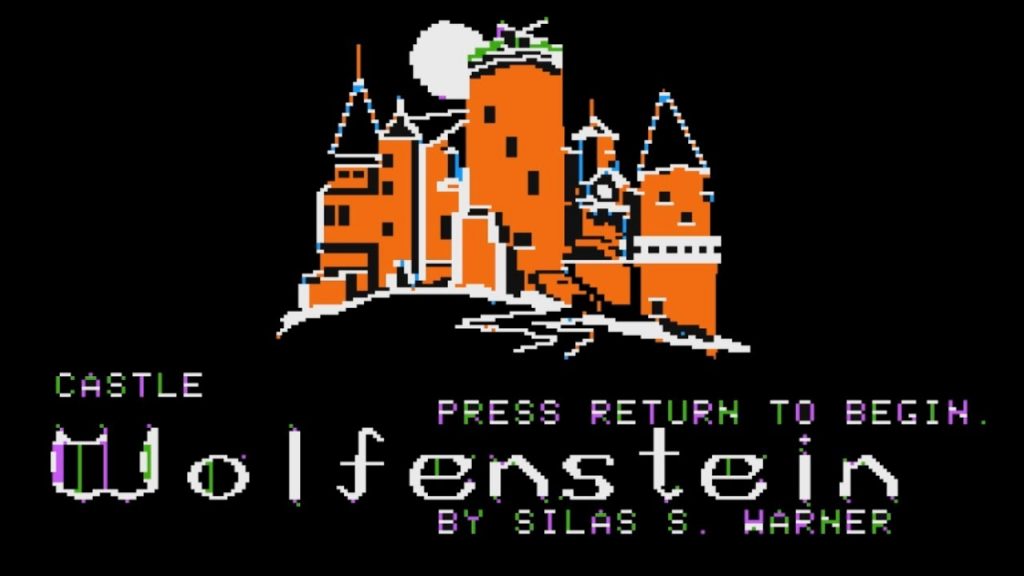 Here’s some gameplay of Castle Wolfenstein, using an emulator:

After 1984, there was no third edition of Castle Wolfenstein in the offing and the game fell dormant.  Then in the early 1990s, iD software were looking to go beyond simple platform games they had been producing, like Commander Keen.  They wanted something more visceral, adult, and realistic, and with new and more powerful 286 computers (plus EGA and VGA graphics and 8bit audio now the norm), they wanted to push the envelope from 2D to 3D games.

Taking Castle Wolfenstein as inspiration (and later buying the rights to the game from Silas Warner), iD created Wolfenstein 3D.  While it was far from the first shooting game with a first person view (e.g. Battlezone, Elite, Ultima 1, et al), Wolf 3D is arguably the watershed moment in the FPS genre. 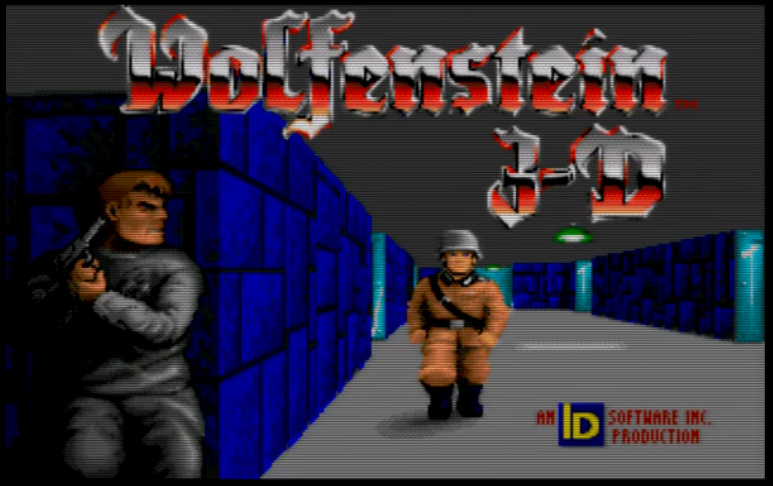 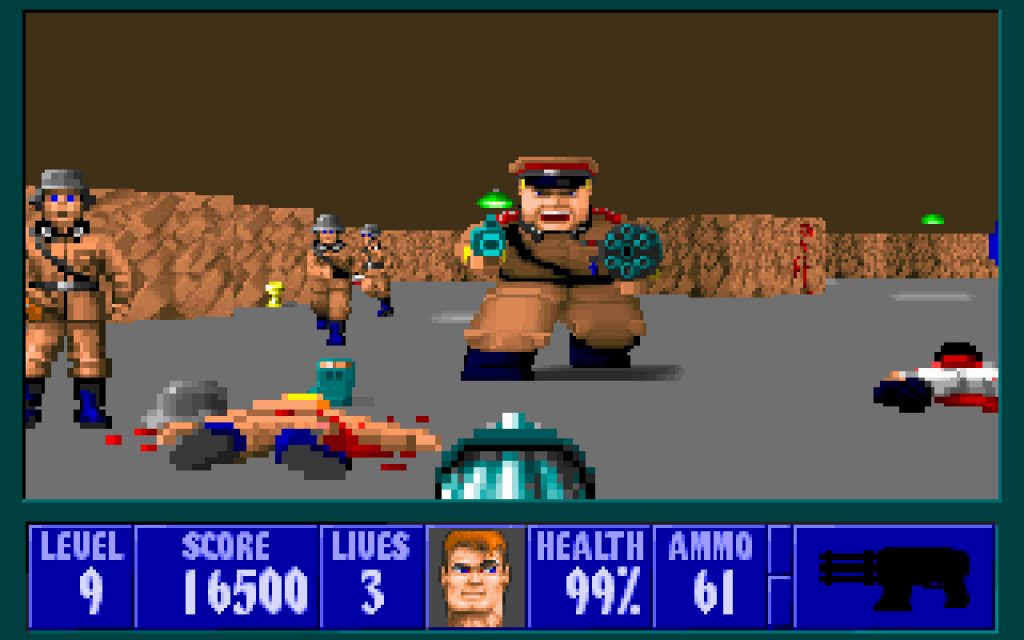 I don’t think I need to explain how Wolf 3D begat DOOM, Quake, Heretic, Duke Nukem, Unreal, Half Life, Bioshock, GoldenEye, Portal, Counterstrike, Call of Duty, and a long, long list of FPS games.  The success of the genre speaks for itself.

The list of DOOM ports seems endless, and “Will it run DOOM?” became the “Hello World” of the 2000s.  The DOOM modding community is still active and producing new WADs and other materials nearly 30 years since the game’s release, a testimony to its flexibility and expandability. 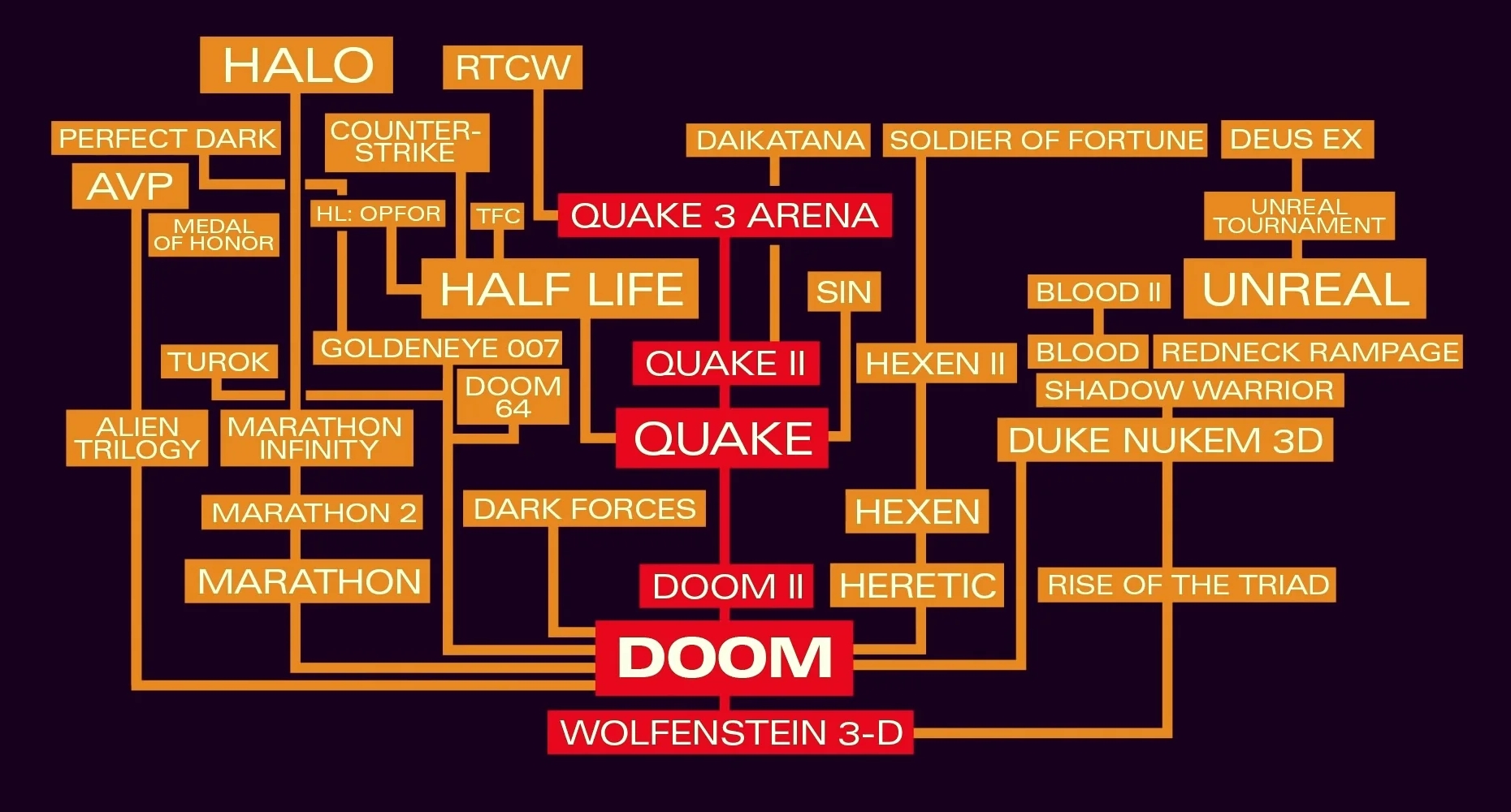 For your final amusement, the Angry Video Game Nerd’s review of “Chex Quest”, a DOOM mod distributed in boxes of Chex cereal in the 1990s.  I’ve played it, and as DOOM mods go, it’s fun.  It’s only a few levels long (what do you expect for free?) but very well made.