Maplewashing is, according to wikipedia (apologies for not having a better source):

Maplewashing or maple washing (a portmanteau of maple and “whitewash”) refers to a tendency by Canadian governments, institutions, and media to perpetuate the notion that Canada is morally superior to other countries, thus sanitizing and concealing negative historical and contemporary actions.

Institutions includes “education systems”, libraries, public records, chamberpots of commerce, and others.  But that definition fails to include the growing public individual and mob tendency to assume and claim Canada has been and remains infallible.  The country no longer aspires to do better, we wrongly assume that it is better than other nations.

Witness the rise of poppy fascism over the last 20 years, the willingness to ape the worst nationalistic tendencies of the UK, US and other countries. Poppy fascism (the forced wearing of poppies or face harassment and violence) is the Canadian and UK equivalent of US flag fascism (mandatory lapel pins, violence against flag burners).

Noticeably, flag waving nationalism grows in Canada every time Canadian terrorists . . . I’m sorry, “military” have been exposed as committing war crimes and other human rights abuses.  It grew after the Canadian military abused and tortured Somalis in the 1990s, in Serbia where they stood by and did nothing as mass genocide happened, and after Canadian participation in war crimes in Afghanistan. It’s as if people would rather deflect than genuflect.

The fiction of “Canadian do-gooders” likely began in 1957 with then-foreign minister (later prime minister) Lester Pearson’s invention of “peacekeepers” to police the Suez Canal, and Pearson winning a Nobel Peace Prize for it. In reality, the Canadian military in Egypt were there to do the bidding of the UK.  It was all about controlling “our oil under their sand”.  That “peace prize” was as much parody as Kissinger being given one.

“Heritage minutes” is a long series of propaganda designed to create the fiction of a “noble country” that can and has done no wrong.  Or when we did, “that wasn’t us”.  Apparently the propaganda I and others learnt in public high schools wasn’t enough in some people’s eyes.  They wanted millions of public money to pay for national indoctrination.

What does a racist look like, as the anti-racist protester asked in the item below?

Me.  We’re all racist, and we had better acknowledge and stop pretending.  If you benefit from systems of racism, you are one, even if you know it or not, actively participate or not.  You can’t solve a problem if you don’t admit to having one, and Canada’s problem is a history of racism as bad as any nation in the world.

The Conversation: Dear white people, wake up: Canada is racist

Did that counter-protester come to the rally hoping to see a racist? What do racists look like, anyway? Are they easily identifiable? Perhaps he was imagining a stereotypical neo-Nazi?

Although his statement was naive and problematic, it actually reflects common misunderstandings of white supremacy and racism in Canada.

It also reflects the mythical Canadian narrative of inclusivity and diversity. Canadians widely believe their country to be a peaceful, multicultural country without racism.

The University of Toronto published the following document (PDF) on the racist systems within Canada during the first half of the 20th century, what they are how they were constructed.  From the inside front page:

Historically Canadians have considered themselves to be more or lessfree of racial prejudice. Although this perception has been challenged inrecent years, it has not been completely dispelled. In Colour-Coded,Constance Backhouse illustrates the tenacious hold that white supremacyhad on our legal system in the first half of this century, and underscoresthe damaging legacy of inequality that continues today.

Backhouse presents detailed narratives of six court cases, each givingevidence of blatant racism created and enforced through law. The casesfocus on Aboriginal, Inuit, Chinese-Canadian, and African-Canadianindividuals, taking us from the criminal prosecution of traditional Abo-riginal dance to the trial of members of the ‘Ku Klux Klan of Kanada.’From thousands of possibilities, Backhouse has selected studies thatconstitute central moments in the legal history of racism in Canada. Herselection also considers a wide range of legal forums, including adminis-trative rulings by municipal councils, criminal trials before police magis-trates, and criminal and civil cases heard by the highest courts in theprovinces and by the Supreme Court of Canada.

The extensive and detailed documentation presented here leaves nodoubt that the Canadian legal system played a dominant role in creatingand preserving racial discrimination. A central message of this book isthat racism is deeply embedded in Canadian history despite Canada’sreputation as a raceless society.

Constance Backhouse is Professor of Law at the University of WesternOntario and author of Petticoats and Prejudice: Women and Law in Nine-teenth-Century Canada.

And this is without addressing Canada’s role in the ongoing environmental collapse.  Canadian consumption and waste of energy and resources is among the highest per capita in the world, the worst among any country with more than 10 million people.  We have been labelled “hewers of wood and drawers of water” to describe our dependency on natural resources which overlooked the mining industry: oil, metals, uranium, and asbestos which have poisoned the planet.

There are some useful images below the fold. 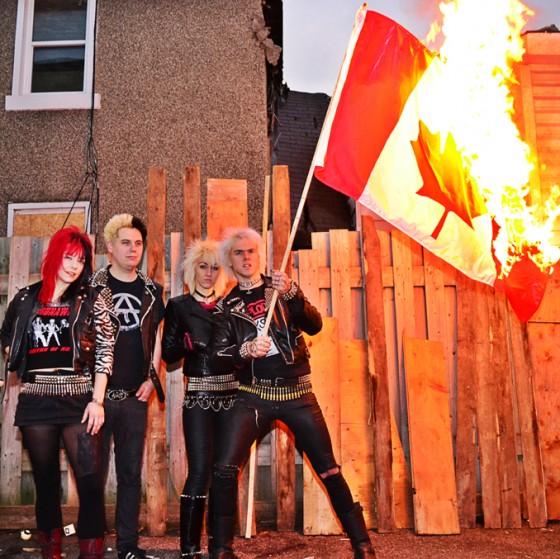 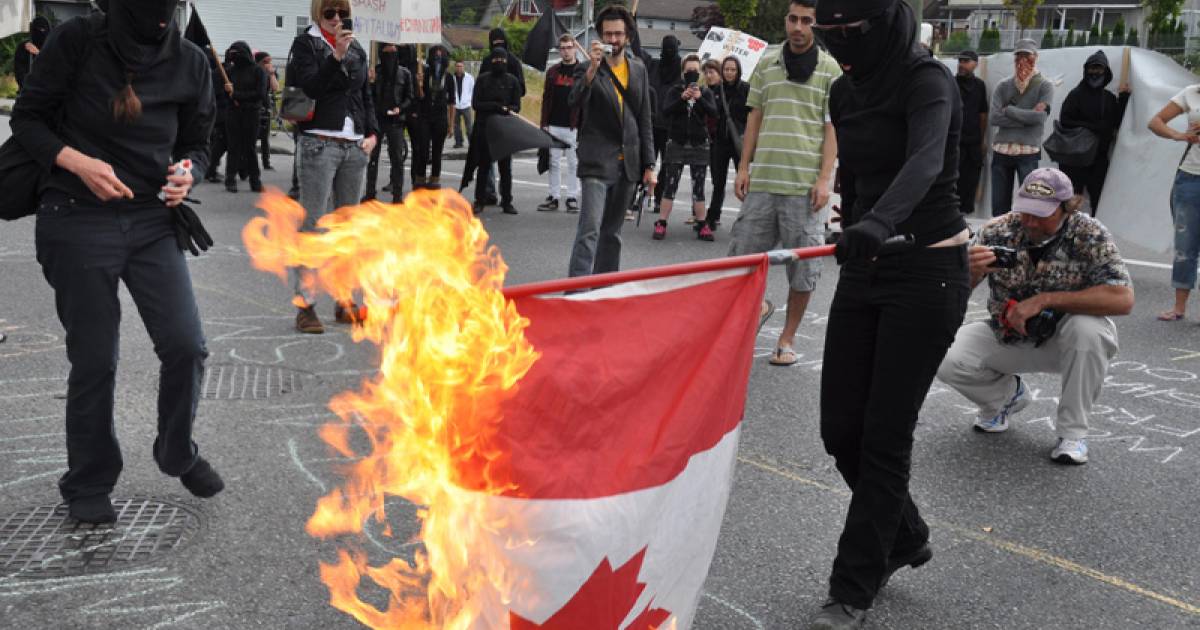