There are three disingenuous arguments that pro sports owners use when refusing to change racist team nicknames and mascots:

None have any validity. All are justifications of perpetuating racism for profit.

This is long and there are pics, so it continues below the fold….

“We’ve always done it this way, so there’s no reason to change” was the argument for continuing slavery and colonialism, for not questioning two organizations full of pedophiles (the Boy Scouts and catholic church), for not ending discrimination against minorities based on ethnicity, gender, sexuality, ability, etc. (People are not “given rights”, they are no longer being denied their rights.)

McGill University of Montreal is changing its name, recently dropping the nickname Redmen which it has used in the 1920s. The name’s origin reportedly refers to the Scottish ancestry of McGill university’s founder, and people with red hair. In the 1950s, the name was misused to refer to First Nations people, including use of the “S” word for the women’s teams. Its original meanings may not have been racist, but changing the name is for the best. How about Magpies? McGill is (in)famous for its law school.

Owners dishonestly claim that rebranding (changing names, mascots, logos, merchandise, advertising, etc.) will cost money. That is a load of codswallop, especially when teams change uniforms regularly (some almost annually) and create “special editions” and “third uniforms” to “encourage” fans to buy new jerseys, hats other merchandise. The Philadelphia Flyers’s “Gritty” is not tradition, it’s less than two years old, and Flyers fans (and fans of other NHL teams) would be up in arms if they cancelled the character now. If characters and mascots can be newly created (or even mascots of defunct teams still celebrated and sold, like Youppi of the Montreal Expos), then there’s no reason why an entire team’s image and nickname can’t be changed. 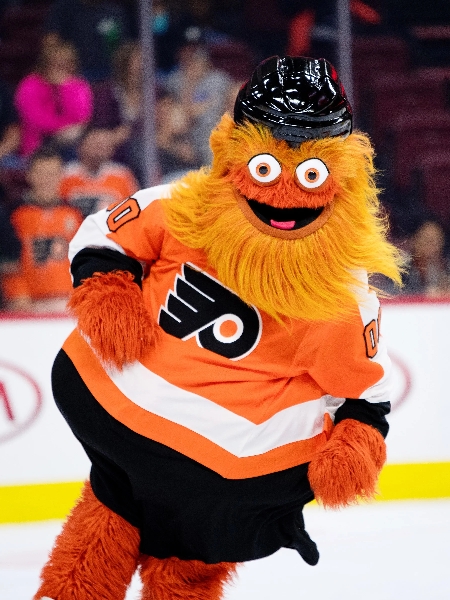 And that’s before we talk about teams relocating. It costs a fortune to move a team from one city to another, to move team equipment, refund season ticket holders, pay other teams for “invading their market”, advertising and marketing, generating fan interest, etc. Not even cities on the hook for overpriced stadiums bear all the costs of moving. When the Houston NFL team moved to Tennessee, there was no guarantee of a large ticket sales, especially when they played in two different Tennessee cities, first Memphis and then Nashville.

Decades ago, pro and amateur sports teams did not copyright nicknames. Usually the only limitation on choosing a name was not being within the same league and sport, though many teams in different NCAA conferences have the same nicknames. Over 400 teams in the NCAA share twelve nicknames or variations with adjectives: Bears, Bulldogs, Cougars, Eagles, Hawks, Knights, Lions, Panthers, Pioneers, Tigers, Warriors and Wildcats.  Several NCAA football teams that have existed for decades have a “G” similar to the Green Bay Packers, but if a new team dared to use it….

St. Louis once had two pro teams named the Cardinals, and the Pittsburgh Steelers were originally named the Pirates, the same as the baseball team. The New York Rangers (founded in 1926) did not sue when the MLB Texas Rangers began playing in 1961, but that would never happen today. The NHL’s Florida Panthers were named in April 1993, while the NFL franchise in Carolina was awarded in October 1993, not yet given a nickname. The NHL team had the name first so they got to keep it, and it’s likely the NFL’s financial clout is why the NHL didn’t sue to prevent use of the name. With more and more teams in various sports and those teams getting protective of nicknames, expansion teams are resorting to ridiculous or less attractive names: “Pelicans”, “Lightning”, “Thunder”, “Texans”, “Heat”, “Wild”, “Blue Jackets”, “Posse” (a defunct CFL team), etc.

It’s even happening with individual names. A 1990s NFL player was given the name Karim Abdul-Jabbar by an imam after he became a muslim, and in 1997 former NBA player Kareem Abdul-Jabbar sued the younger player for “using his likeness”, as if personal names could be copyrighted.  Jim Carrey did not sue the NHL’s Jim Carey during his short career and use of “The Mask” on his goalie mask.

Even uniforms are not immune to predatory lawyers. The New York Rangers once took legal action against a Junior B hockey team and its uniform, despite using it for twenty years and being a small, regional team. (Junior B and Major Junior are to the NHL as Division I-AA FCS and Division I-A FBS are to the NFL.) 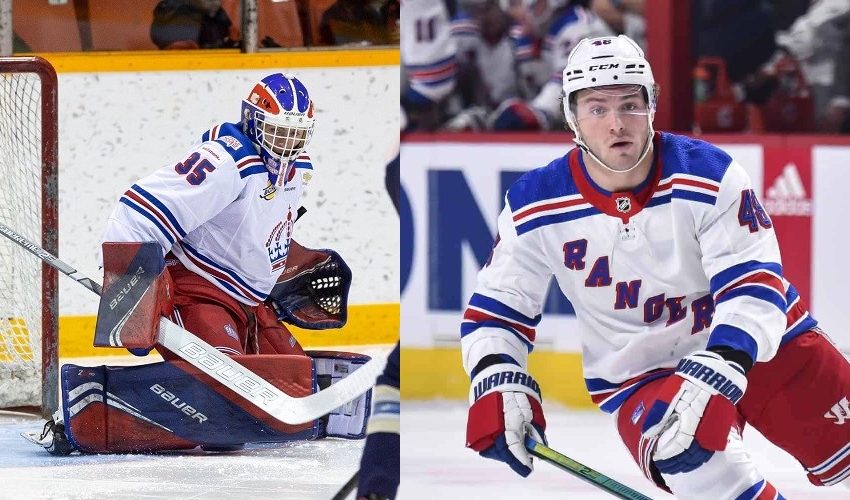 Back to Atlanta’s MLB team, Hammers is absolutely a perfect fit and defeats all three false arguments. First, if tradition is history, then baseball’s all-time home run leader (*) certainly qualifies having spent 21 years with the franchise, both in Milwaukee and Atlanta. Second, fans new and old (Atlanta and other teams) would immediately recognize, understand, and accept the name. Third, the only team I can find in pro sports nicknamed Hammers is West Ham United in the UK, so conflict is minimal. The Atlanta team’s owner likely doesn’t want to make the change to avoid paying Hank Aaron (and his family after he dies) for his likeness. The team is estimated to be worth US$1.7 billion.  They could easily afford a one-time payment of $25-50 million for use of the name in perpetuity.

(* This is not arguable. If olympic records are nullified due to steroid use, so are all others.)

Cleveland’s MLB team also has no excuses for not changing the nickname to Cleveland Spiders. Tradition? The city once had two teams, the other named Spiders. Rebranding? Fans have invented some incredibly beautiful mockup uniforms; if amateurs can do this, so can professionals. Legal conflicts? There are none, because no other team has Spider as a nickname. Selling the name to modern fans would be easy, both in Cleveland and elsewhere. 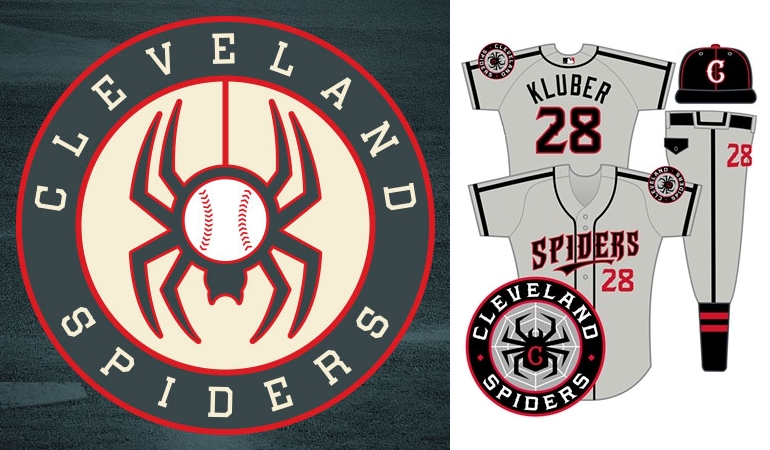 And as much as I love Chicago’s goalie masks of the past (Murray Bannerman and Darren Pang below), the NHL team needs to change too.  Make it a bird and they could keep the name.