If a video posted on twitter can be believed, China’s much ballyhooed “ten day hospital construction” in Wuhan looks like a hospital and more like a death camp within a city.  The rooms look like cells, with iron bars on the windows, locked from the outside and only an air lock to pass food and medicine through.  Will only doctors be allowed inside?  Will there be any doctors?

The text on the video says people will either walk out or be incinerated after they die.  Given Beijing’s murderous attitude towards human rights (“you are property of the state and disposable”), I’m tempted to believe it.  Beijing’s “official” numbers of “cured and dead” will likely be as fictional as US body counts in Vietnam. 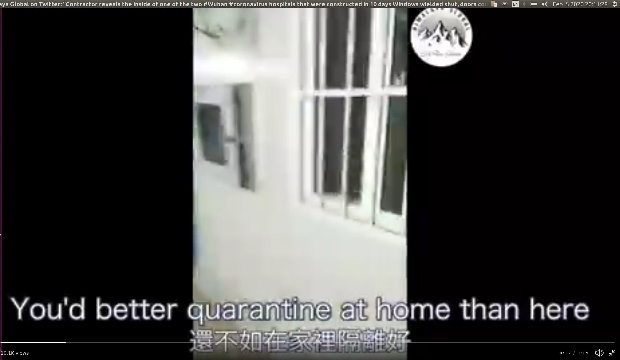 Running Gag: This job posting is a joke » « Life Imitates: Did you know corona is an anagram for racoon?