Connie St Louis set up a petition. It has only 195 signatures so far. Let’s do better. 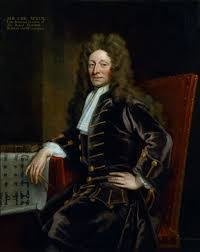 The Royal Society was founded in 1660. In that time there has never been a female President at its helm. This may not be surprising in the light of sexist comments made by one of it’s Nobel Laureates, Tim Hunt, in Seoul, Korea on 8 June 2015 at a lunch sponsored by the Korean Female Scientists and Engineers. Royal Fellow and Nobel Laureate, Tim Hunt took the podium: identifying himself as a “male chauvinist pig,” he declared that he found the charms of “girls” who enter scientific fields inherently distracting, and, astoundingly, proposed “single-sex labs” as a solution. The Royal Society have refused to censure him in any way and have only distanced themselves from his comment.  If they are ‘committed to a diverse science workforce”, why have they not elected a female scientist to be the head of this organisation? Please join me in asking them to redress this inequality in November 2015 when a new Presidential term begins.