Checking in on Twitter…That photo of the Greenpeacers standing around with their stupid yellow message is at the top of my page, and I stared at it some more, with a new or refreshed feeling of…something…

…something, it occurs to me, very close to a sense of profanation. Of something “sacred” being violated and profaned by a hostile external doesn’t-belong element. Everything in me screams GET OFF as I look at it. GET AWAY FROM THERE. 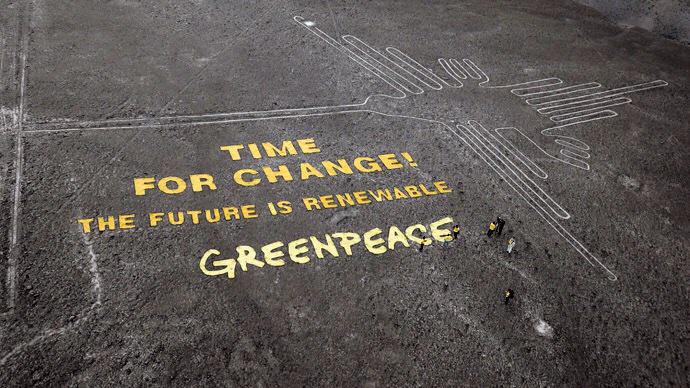 It’s more aesthetic than sacerdotal, though. The hummingbird is so arresting and stark and beautiful – that cheap yellow clutter is just an outrage next to it.

This reflects cultural conventions, not sexism » « Guest post: Why we pay attention