Ronin Shimizu, a 12-year-old boy in California, killed himself after he was bullied for being the only male cheerleader on an all girl team. Does “after” mean “because” here? It’s impossible to know for sure, even if he left a note saying so, but…being bullied doesn’t generally make kids happier.

‘I heard that people called him gay because he was a cheerleader,’ one of his teammates told CBS Sacramento at the vigil.

Ronin was the only male cheerleader with the Vista Junior Eagles Cheer Team.

Contempt for girls hurts boys as well as girls. It hurts everyone. It sucks. It’s not healthy that it’s just normal for half of all human beings to be held in contempt.

He liked cheerleading. He thought it was fun. 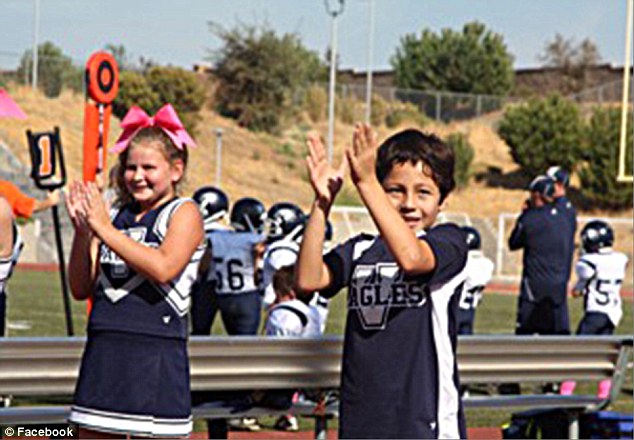 You’d go out—bang!—just like a candle! » « Welcome to Kansas City