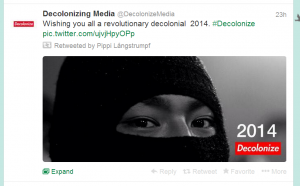 Postcards from Mars » « Guest post by Simon Davis: Why the Ryan J. Bell narrative is flawed