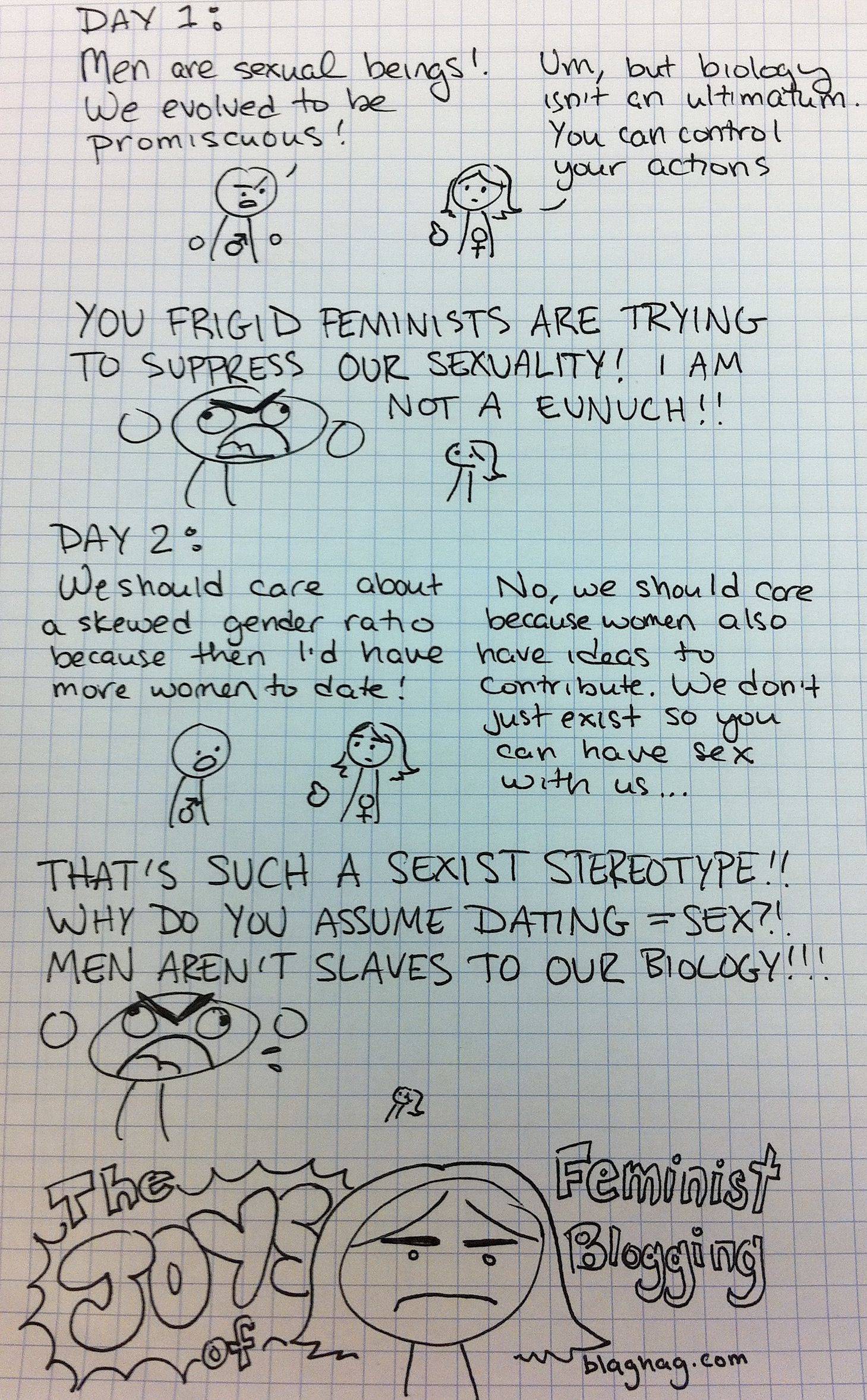 That’s the look I give when I’ve just lost a couple more brain cells.

[Transcript:
Day 1:
Man: Men are sexual beings! We evolved to be promiscuous!
Woman: Um, but biology isn’t an ultimatum. You can control your actions.
Man: *angry* YOU FRIGID FEMINISTS ARE TRYING TO SUPPRESS OUR SEXUALITY! I AM NOT A EUNUCH!!
Day 2:
Man: We should care about a skewed gender ratio because then I’d have more women to date!
Woman: No, we should care because women also have ideas to contribute. We don’t just exist so you can have sex with us…
Man: *angry* THAT’S SUCH A SEXIST STEREOTYPE!! WHY DO YOU ASSUME DATING = SEX?! MEN AREN’T SLAVES TO OUR BIOLOGY!!!
Woman: *stares blankly at viewer*
The Joys of Feminist Blogging]

I know what I’m doing in 4.5 years » « The wrong reason for diversity