Anyone who has used Google before knows that when you start typing a phrase, Google will start suggesting searches for you based on common searches of other people. This can be useful, and it can also lead to some pretty wacky stuff popping up sometimes. But what happens when you combine religion and Google’s search suggestions? Let’s take a look at some major world religions: 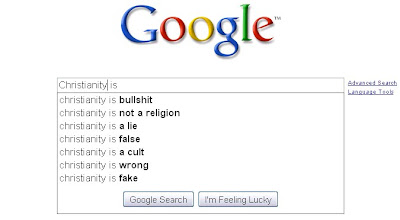 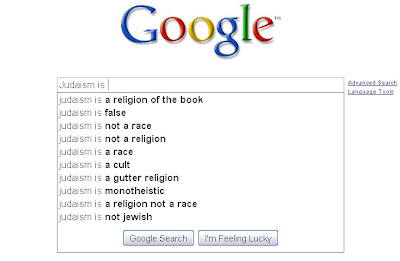 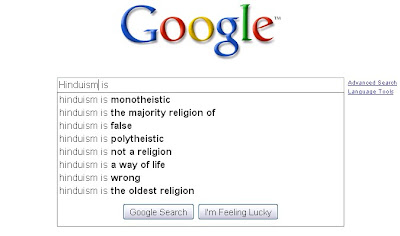 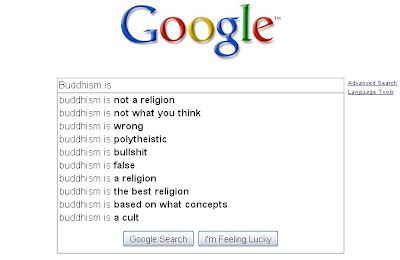 Wow, a lot of negative and critical stuff being searched, huh? Because I’m an equal opportunity offender, let’s throw in atheism too, even though it’s technically not a religion (though apparently most searchers don’t understand that). 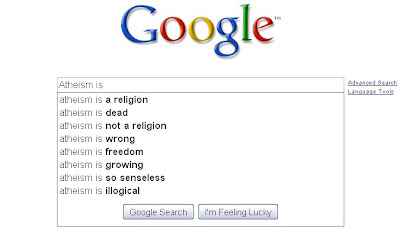 But wait, what about Islam? Did I just forget about them? Nope – there’s just nothing to show.

Yep. Google censors the search “Islam is,” presumably so negative phrases don’t pop up. Apparently it’s okay to criticize other religions – but Islam? Oh ho ho, nooooo, we’re not opening that can of worms.

But maybe no one is searching for “Islam is,” and that’s why we don’t see it. Let’s take a look at the number of search results per term:

Yes, even though “Islam is” has the most search results, it offers no search suggestion.

Maybe this is an isolated case. What happens if we look at a similar type of search term?

Huh, looking pretty empty around here. I guess this goes with the old “Respect the person, not the idea” mantra that I support. As long as Google does that for all of the groups…

Well…okay, I guess none of those things are really bad things… 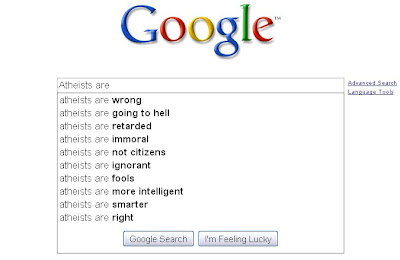 Aaanndd never mind. Guess it’s still okay to pick on the ickle atheists, but not anyone else.

Let’s look at the search results:

Again, an odd little correlation. Two of the terms with the lowest amount of search results are the ones that actually show search suggestions. It’s obvious Google is covering its ass and trying not to offend religious users – and you know what, as a company they have that right. And as long as they’re not censoring the actual results (which seems true, looking at the number of search results), that’s okay with me. But I think this really illustrates the attitude that surrounds criticizing religion.

We’ve gotten to the point where it’s okay to criticize everything but Islam – which is a better than not being able to criticize religion at all – but we shouldn’t be putting Islam on a special pedestal. We can’t be bullied into silence through threats and incidents like the Muhammad cartoons, because that only gives them even more power. Even something as simple as Google being afraid to highlight the searches of others (not their own personal views) shows how strongly people can fear criticizing Muslims.

And as for the search terms about individuals? I personally don’t think Google should censor anything, as it leaves silly loop holes like this. It shows which groups scare them the most – the ones with the most power – rather than any sort of logical, uniform censoring system. I don’t think Google hates atheists, but rather that they realize we won’t flip our shit at a couple of nasty search terms. It just all seems a bit ridiculous, really.