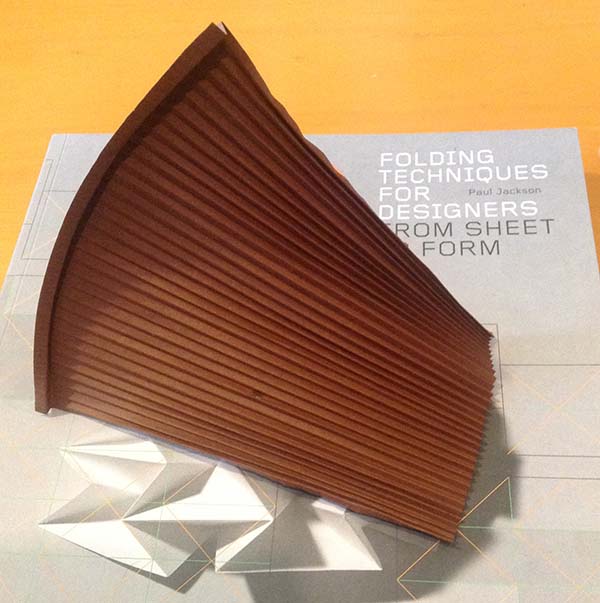 Pizza Wedge, a design/experiment by me

I acquired a copy of Folding Techniques for Designers: From Sheet to Form, by Paul Jackson.  It has a rather unusual, but refreshing perspective.  Basically, it tries to avoid the origami tradition entirely, and instead focuses on folding as an element of design.  Several chapters are occupied by simple ideas about pleating paper.  The reader is encouraged to experiment, and this is just one basic experiment.

The Pizza Wedge is not technically challenging to create, but its simple and abstract nature leads one to contemplate the little details.  One emergent property of the paper is the negative curvature (i.e. the saddle shape).  When you crease a paper back and forth, on the macro scale the paper compresses in one direction.  When I added the “crust” of the pizza, that suppressed the creases, which has the effect of stretching the paper on one side.  The stretching and compressing leads to negative curvature.

I include a second experiment below the fold. 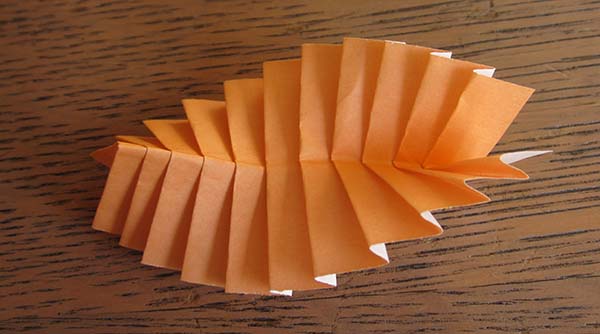 Pill Bug, a design/experiment by me

This design also has a negative curvature caused by stretching and compression.  Although in this case, the compression is caused by the crease through the “spine”.

These are some very simple ideas, but it would be interesting to explore them further, and even incorporate them into more deliberate designs.