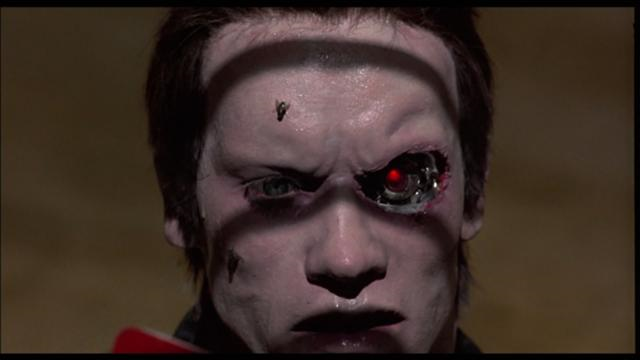 Some things are harder to kill than others. A simplistic myth abounds among the usual suspects, that the simple act of killing a government program ends it, cuts spending and thus the deficit. Like so many beliefs, this one is far from accurate. The government can terminate a contract for two reasons: the exceedingly rare case of breach of contract that can be proven in court, or convenience, when Congress or other officials pull the plug. Lately that’s usually for fiscal-hawk reasons. But when a big government contract is chugging along, there are costs associated with shutting it down rarely taken into account by those poor souls suffering from late stage Deficit Obsession Syndrome. Bills already owed, fixed costs that cannot always be easily unwound, sometimes layoffs and severance benefits ahead. So, in many cases, the government requires a pile of money to be set aside to cover what’s generally referred to as termination liability.

There are lots of ways to do this. The money can be folded into the cost or bid by a contractor, it can be set aside by the government or the company itself, or a combo of both in some cases, it might be waived in special situations. It should come as no surprise that that kind of ambiguity is fertile ground for lawmakers to meddle around in, as they muscle for advantage over one another in the endless, exhausting battle for taxpayer dollars flowing to their districts. It can affect any program theoretically. Right now it’s affecting one agency in my blogging bailiwick of science and science policy: Specifically, NASA.

Follow me below through a few of the dark twists and turns of government-contractor termination protocol and a hidden right-wing power grab that could affect every program in the US.

What’s important to understand is that “The Government” sends a ton of dough to the private sector for all kinds of services and products. In the case of NASA, former Deputy Director Lori Garver spelled it out for us. “Historically, NASA has spent roughly 80 percent of its funding on private contractors. That was true during the Mercury and Apollo days and it continued during my tenure under Director Charles Bolden.”

But exactly how that money gets chopped up in the sausage grinder is a matter for Congress and department heads to decide. The House and Senate represent districts and states respectively, it’s their job to present the interests of their constituents’ and there are few issues more critical to that process than appropriations. But even after the main battle over who gets what, there are plenty of more subtle ways for politicians to help or hinder various aerospace contractors.

Termination liability is aptly named: it’s a liability for sure. It’s money out of commission, set aside in the event a vehicle or system is cancelled. So … one way to throw an anvil to a particular firm or sector would be to ease it for one firm and not others:

These programs are in fact the most expensive in NASA’s portfolio: the international space station; the James Webb Space Telescope; the Orion Multi-Purpose Crew Vehicle; and the Space Launch System (SLS) heavy-lift rocket. The bill, H.R. 3625, was approved by the House Science Committee in December and now awaits a vote by the full House. Mo Brooks (R-GA), whose district includes NASA’s Marshall Space Flight Center, the lead SLS integrator, says funds allocated each year for programs ought to be put to work on development rather than held in reserve to cover the theoretical cost of shutting down a canceled program.

It is entirely possible, perhaps even likely, that Mr. Brooks and others were motivated in part by concerns that NASA headquarters might be using termination reserve requirements to hobble progress on programs that the White House — from which it takes its cues — does not fully support.

That might be a bit confusing and that’s part of the problem: this can get real complicated, real fast. One part we can all understand easily enough is that there are bills in play using term liability that end up decreeing those four NASA programs cannot ever be cut, not by the President, not by the public, not even by NASA itself. The only people who can ever change that would be, guess who, the majority party in the House. Imagine if they tried that with other programs in other departments, and succeeded, imagine the fine control that would give House Republicans over, well, everything really. That’s the most chilling possibility, should it work here, where no one is paying much attention.

Beyond that, a whole post could be dedicated to the angle that the richest companies are said by some to be getting off free and those that can least withstand the burden of term liability are bearing the full cost. What a surprise, huh? We could talk more about the concerns of industry experts who spoke on background that termination liability is being used like a Trojan Horse to essentially wrest control of funding away from the usual administrators, cabinet personnel, and civil servants who do this for a living and instead concentrate it into the hands of a few lawmakers who, by no coincidence, happen to overrepresent very large traditional aerospace defense firms. Or the arcane process—some might say sheer dumbassery—by which OMB may be counting some of the whopping $500 million already set aside for term liability against NASA’s budget even though the agency and their receiving contractors cannot spend it. Any of this quickly unfolds into layer after layer of intrigue worthy of a coven of scheming, spice-up space witches right out of Frank Herbert’ sci-fi novel Dune. But let’s take a conceptual step back.

NASA is one of a handful of peaceful government agencies that acts as a mighty engine of innovation, driving progress in almost every field of science and industry like no other, not the least of which is aerospace, one of the few remaining manufacturing sectors where workers make a living wage and the US still leads the world. In a saner world, America’s space agency would be funded like the Pentagon. It would be nonpartisan, noncontroversial in any way, free to attract the best and brightest to develop the technology needed to explore and harvest the infinite bounty of our exquisite cosmos.

On a planet where resources are increasingly finite and population growth seems to know no bounds, a sane species would be piling cash into space faster than old Europe bled men and treasure into the New World centuries ago and for the same reasons. While we’re at it, given the stakes, in a saner world people like Elon Musk or Robert Bigelow, with a track record of spending money in space for all humankind rather than sheltering it in offshore accounts for their own benefit, would be held up as role models, the Edisons of our time, a challenge for young people to admire and fellow billionaires to follow.

Alas, we all know that’s not the blue marble we live on. In this era of selective penny-pinching, where elected clowns blow trillions cushioning Wall Street’s latest fall from grace or fueling tragic wars, where many billions more are wasted on government shutdowns and other useless stunts, for some reason a few lawmakers suddenly get all hot and bothered about a miniscule fraction of that when it comes to science and progress. Playing games with termination liability is yet another, fantastic way to sap our potential and plow through scarce dollars at time when the riches of space are just beginning to come into reach.

There’s no reason to play faves with term liability. Short of a national emergency, either everyone ought to be subject to it, or there should be a simple oversight process to make sure major contractors can and will look out for workers and subcontractors in the event of a cancellation. Or better yet, considering that every firm involved could best serve their investors, their employees, and the public by spending that money on new gizmos and other stuff made right here in the good ole USA, just get rid of it.