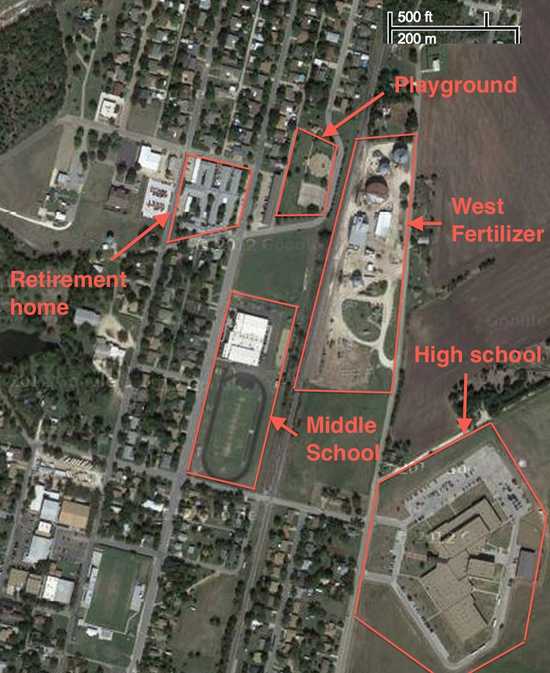 The middle school suffered severe fire damage. An apartment building adjacent the plant was completely leveled, killing about 15. See that tan circle off the northwest corner of the plant? That was a playground. A nursing home was within the blast radius and was completely leveled. You can see many more pictures of the damage here. Here’s our newest Senator, Ted Cruz, hard at work on the badly needed aid:

Raw Story — Sen. Ted Cruz (R-TX) says that he is prepared to make “all available resources” available from the federal government to assist in the recovery after an explosion at a fertilizer plant in Texas — but the senator voted against aid for victims of Hurricane Sandy earlier because he said it was “pork.”

There is a reason zoning laws exist, there’s a reason we have government aid. But Texas being Texas, apparently the “freedom” to set up shop next to a bomb trumps everything else—including the lives and properties of far too many in West. Because that free market magic has worked wonders all over the US.