The last inspection by federal regulators of Adair Grain Inc.’s West Fertilizer Co. was in 1985. It was inspected by Texas regulators 7 times in the last ten years, and it has received a string of piddling fines — a few thousand dollars here and there. It was storing 270 tons of ammonium nitrate.

Lobbyists for the chemical industry are already complaining that there is too much regulation.

Lobbying groups for these plants say the risks are limited and they now face a panoply of regulations and oversight.

“It’s extraordinarily out of the ordinary to have this kind of experience,” Kathy Mathers, vice president of the Fertilizer Institute in Washington, said in an interview. “Both the producer and retailer side are heavily regulated.” 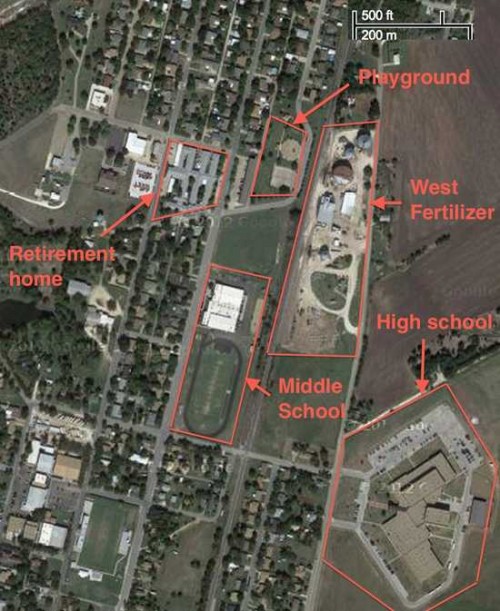 A good chunk of that town was flattened, and many people killed and injured, when the plant blew up. Are those costs factored into the chemical industry’s profit-and-loss measurements, or are they advocating a reduction in regulation because they know they’ll never have to pay that price?