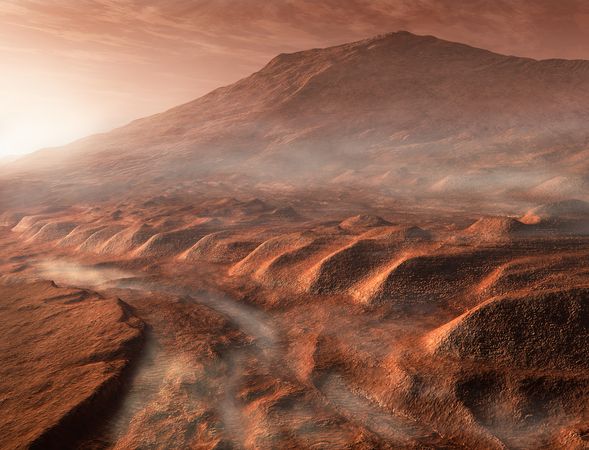 You wouldn’t think of snow on Mars. It’s plenty cold enough, the problem is Mars is so dry it makes the most arid desert on earth look like a swamp. But that’s what apparently happens in deep Martian winter and the snow is diverse:

Nat Geo— Previous data from NASA’s Phoenix mission revealed snow falling near the red planet’s north pole as the seasons turned from summer to fall. At the time the air was relatively warm, so those ice crystals were most likely made from water, scientists say.

But when temperatures drop in winter to -193 degrees Fahrenheit (-125 degrees Celsius), it gets cold enough for carbon dioxide in the Martian atmosphere to freeze, creating clouds of dry ice that can reach from the poles to halfway to the equator.

It’s more like icy fog than snow. The water ice and CO2 flakes are the size of a healthy red blood cell. But we have some experience with this closer to home. No surprise, it happens most often in the Mars like place. The Antarctic diamond dust. 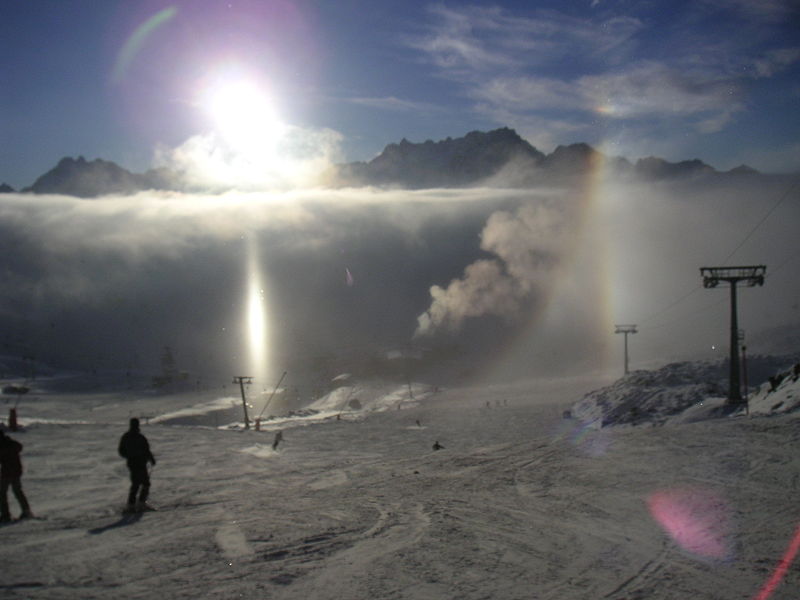 A midsummer night’s rant » « Voyager One: until we meet again