The results of the Israeli election had, as usual, no single party winning a majority of the 120-seat Knesset and so the post-election maneuvering to form a coalition has begun. The big news that the US media has focused on was that Benjamin Netanyahu’s party got just 31 seats, behind the 33 seats of Benny Gantz’s party. But few are noting that the Palestinian party got 13 seats and came in third. Philip Weiss says that the results have unleashed an outpouring of racism on Israeli TV.
END_OF_DOCUMENT_TOKEN_TO_BE_REPLACED

Democratic senator Cory Booker has long been the protégé of a grifter known as rabbi Shmuley Boteach, an ardent right-wing, anti-evolution advocate of Israel who cares nothing for Palestinian rights. Booker, like many politicians, has been a frequent speaker at AIPAC conferences, the premier Israel lobby organization, and spoken of his unswerving loyalty to Israel, ignoring the rights of Palestinians and the way they have been treated by Israel. But the mood is changing when it comes to giving Israel a pass on its human rights abuses, especially in the Democratic party, along with the rise of the BDS movement.
END_OF_DOCUMENT_TOKEN_TO_BE_REPLACED

The question of where the Democratic party stands with respect to Israel’s treatment of the Palestinians has been simmering for some time but the last week saw it burst into the open. It began with comments made by new congressional representative Ilhan Omar who has been critical of Israel. Criticizing Israel has long been a touchy issue in this country and people who do so are often immediately characterized as being anti-Semitic. The fact that Omar is a hijab-wearing Muslim who has supported the BDS movement was used to imply that this was a slam-dunk case against her and a resolution was proposed by the Democratic leaders of congress to effectively censure her. Normally the progression of such an uproar follows a predictable course. The person is publicly shamed and is forced to apologize and the lesson is sent that one must not criticize Israel’s behavior or if one does it must use highly circumspect language that is laden with caveats.
END_OF_DOCUMENT_TOKEN_TO_BE_REPLACED

Yesterday, the US senate passed its first bill S.1 of the new congress by a margin of 77-23. It was an impressive display of bipartisanship in a body that has been described as being in gridlock. So what was in this bill that it was elevated to symbolic importance by being the first to be considered and garnered such support? It should come as no surprise that it was a bill strongly promoted by the Israel lobby led by AIPAC that seeks encourage economic punishments on those who support the Boycott, Divestment and Sanctions movement.
END_OF_DOCUMENT_TOKEN_TO_BE_REPLACED

I have written before about how the Israel lobby, alarmed by the rapid rise in support for the Boycott, Divestment, and Sanctions movement and the declining support for Israel especially among young people and Democrats, has moved to pressure state legislatures to pass laws that punish people for any involvement in such speech and activities. Glenn Greenwald describes the case of Bahia Amawi, a children’s speech pathologist, who was denied employment in a public school district in Texas because a law in that state now contains a loyalty oath – not to the US but to Israel – that prevents the employment of anyone who takes any action that inflicts economic harm on Israel, such as supporting a boycott or even merely making a decision, as a private consumer, to not buy products made by companies in the Occupied Territories. She refused to sign the loyalty oath.
END_OF_DOCUMENT_TOKEN_TO_BE_REPLACED

The US congress has a good claim to being the most loyal supporters in the US, if not the world, of whatever the Israeli government does. For the longest time the Israel lobby in the US, led by the powerful American Israel Public Affairs Committee (AIPAC), was able to command the support of Congress for even the most right-wing Israeli government policies, however cruel and unjust towards the Palestinian people in the Occupied Territories and Gaza. It managed this by contributing to congressional campaigns and working hard to defeat any congressperson who voiced even the mildest criticisms of Israeli policies.
END_OF_DOCUMENT_TOKEN_TO_BE_REPLACED

One of the goals of the Israel lobby in the US is to make sure that the ‘two-state’ solution to the Israel-Palestine conflict remain the only option that is discussed, even though the expansionist settler policies of successive Israeli governments has made that option dead. The only possibility now is a single state and the debate really should be about what form that state should take, whether it be a democratic state in which Israelis and Palestinians everywhere in Israel and the Occupied Territories and Gaze have equal rights, or a formalized theocratic Apartheid state to replace the informal Apartheid state that currently exists.
END_OF_DOCUMENT_TOKEN_TO_BE_REPLACED 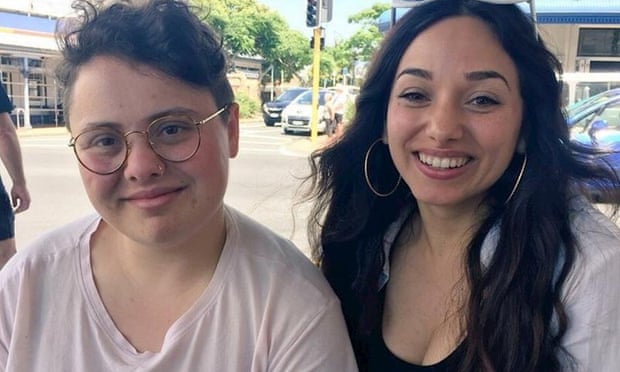 END_OF_DOCUMENT_TOKEN_TO_BE_REPLACED

You may recall the horrific killing by Israel in 2014 of four young children playing on a beach in Gaza. Robert Mackey writes that a confidential report reveals that these children were murdered using drones operated remotely.

Testimony from the officers involved in the attack, which has been concealed from the public until now, confirms for the first time that the children — four cousins ages 10 and 11 — were pursued and killed by drone operators who somehow mistook them, in broad daylight, for Hamas militants.

The testimony raises new questions about whether the attack, which unfolded in front of dozens of journalists and triggered global outrage, was carried out with reckless disregard for civilian life and without proper authorization. After killing the first boy, the drone operators told investigators, they had sought clarification from their superiors as to how far along the beach, used by civilians, they could pursue the fleeing survivors. Less than a minute later, as the boys ran for their lives, the drone operators decided to launch a second missile, killing three more children, despite never getting an answer to their question.
END_OF_DOCUMENT_TOKEN_TO_BE_REPLACED

I have been writing about how the Israel lobby in the US is attempting to stifle criticism of Israel for its atrocious treatment of Palestinians, the latest move being to pass a law declaring the country as a Jewish state, placing into law what had been in practice already. One effort to stifle critics in the west is to formalize the definition of anti-Semitism, while at the same time expanding its definition to include legitimate criticisms of Israeli government policies. In the US, the lobby is going so far as to advance legislation to punish advocacy for the BDS (Boycott, Divestment, Sanctions) Movement that seeks to apply to Israel actions similar to those that led to the collapse of apartheid in South Africa. The reason for the lobby’s actions is the concern that an increasing number of Jews and non-Jews alike see the actions of the Israeli government as indefensible and are referring to its policies as apartheid.
END_OF_DOCUMENT_TOKEN_TO_BE_REPLACED