The deadly violence in Gaza continues with snipers of the Israeli Defense Forces shooting at protestors. The latest outrage was the killing of a 21-year old volunteer medic Razan al-Najjar and the shooting of three other medics, even though she was wearing the white coat that identified her as a medic. Here is a photograph of al-Najjar and one in which she was treating an injured demonstrator. 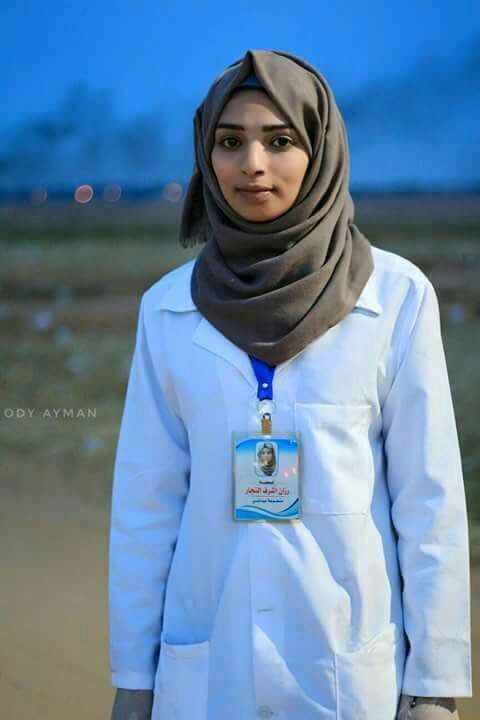 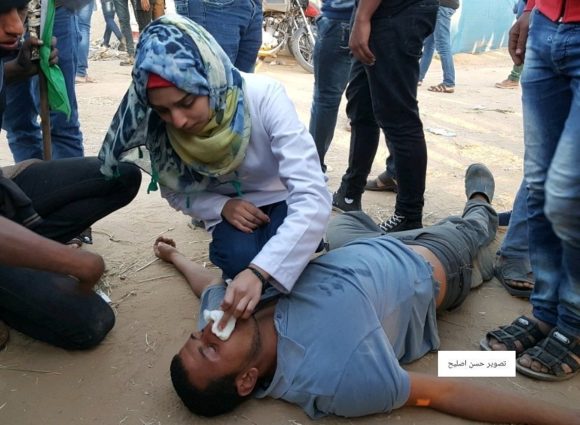 You can see scenes from her funeral that thousands attended here. Israel has said that it would investigate the death of al-Najjar but you can be sure that they will find no wrongdoing because in their eyes, the IDF can do no wrong.

END_OF_DOCUMENT_TOKEN_TO_BE_REPLACED

Marcus has written many posts under the heading of Argument Clinic dissecting the nature of argumentation. He applies those forensic tools to a podcast by Sam Harris where the latter discusses the behavior of Israel.

Israelis and their supporters in the US celebrated the moving of the US embassy to Jerusalem even as the Israeli armed forces killed dozens of unarmed protestors in Gaza. Jeremy Scahill writes about what happened and Norman Finkelstein’s new book about the harrowing conditions in Gaza.

ISRAEL HAS ONCE again conducted a premeditated, full-scale massacre in broad daylight, in front of the cameras of the world. Once again, it took place in Gaza.

On May 14, Israeli snipers and other forces gunned down more than 60 Palestinians, and wounded thousands of others, including civilians, journalists, and paramedics. “You try nonlethal means and they don’t work,” said Israeli Prime Minister Benjamin Netanyahu. “So you’re left with bad choices. It’s a bad deal. You know, you try and you go for below the knee, and sometimes it doesn’t work, and unfortunately these things are avoidable.”

It appears that the only way not to be killed, according to Netanyahu, is to meekly accept imprisonment inside the prison of Gaza. Among those killed by Israeli forces was an 8-month-old infant. Her name was Laila al-Ghandour. They also killed at least seven other children and a man in a wheelchair, and that man had lost his legs after they had to be amputated following an earlier Israeli attack.

Israel has made it clear that it believes that it has the right to systematically murder Palestinians for the crime of continuing to exist. There is no defense for what Israel has done. None.

END_OF_DOCUMENT_TOKEN_TO_BE_REPLACED

UPDATE: Today brings reports of at least another 52 demonstrators in Gaza killed by the IDF and over 2,000 injured.]

Today the Trump administration moves the US embassy to Jerusalem, one more step in dispossessing the Palestinian people and solidifying Israel’s apartheid rule over them, aided by the US. Charles Glass writes about a new book by Norman Finkelstein titled Gaza: An Inquest Into Its Martyrdom that takes a critical look at the crimes that Israel has committed using its Israeli Defense Forces (IDF), focusing on the people who are the worst affected, those living in Gaza.
END_OF_DOCUMENT_TOKEN_TO_BE_REPLACED

While attention has largely been focused on other issues, there has been a major escalation in the conflict in Gaza where the Israeli military has used excessive force, including live ammunition, on unarmed demonstrators, killing many. For those who are unaware, Gaza is sometimes referred to as the world’s largest open air prison, a small piece of land blockaded on one side by Israel and the other by Egypt and with the Israeli government intent on punishing the people who live there for the ‘crime’ of electing Hamas as their representatives. This article describes the history of Gaza and how it came to be.
END_OF_DOCUMENT_TOKEN_TO_BE_REPLACED

The BDS (Boycott, Divestment, Sanctions) Movement has as its goal to “end international support for Israel’s oppression of Palestinians and pressure Israel to comply with international law.” An overview of its mission states:

Israel is occupying and colonising Palestinian land, discriminating against Palestinian citizens of Israel and denying Palestinian refugees the right to return to their homes. Inspired by the South African anti-apartheid movement, the BDS call urges action to pressure Israel to comply with international law.

BDS is now a vibrant global movement made up of unions, academic associations, churches and grassroots movements across the world. Eleven years since its launch, BDS is having a major impact and is effectively challenging international support for Israeli apartheid and settler-colonialism.

END_OF_DOCUMENT_TOKEN_TO_BE_REPLACED

The 16-year old Palestinian girl Ahed Tamimi has become a cause celebre across the world after she slapped an Israeli soldier who had entered her family compound. This was after “an Israeli soldier shot Ahed’s 15-year-old cousin in the head with a rubber-coated metal bullet during a demonstration against the ongoing military occupation”. In retaliation, the Israeli authorities arrested her and she remains in custody.
END_OF_DOCUMENT_TOKEN_TO_BE_REPLACED

The growing worldwide support for the BDS (Boycott, Divestment, and Sanctions) movement to pressure Israel over its treatment of Palestinians has led the Israeli government to ban 20 organizations that support BDS from entering Israel. The list includes Codepink, American Friends Service Committee, and Jewish Voice for Peace. The Israel lobby in the US has also used its clout to try and silence voices that support Palestinian rights and BDS.
END_OF_DOCUMENT_TOKEN_TO_BE_REPLACED

Donald Trump’s decision to recognize Jerusalem as the capital of Israel catered to the wishes of the Israeli hardliners who have created an apartheid state against the Palestinians. It also pleased the evangelical extremists in the US, especially those eagerly awaiting he Rapture and the end of the world because this seems to fulfill one of the so-called prophecies that herald the second coming of Jesus.
END_OF_DOCUMENT_TOKEN_TO_BE_REPLACED

August 22 was to be the first day in a new school for Palestinian children who had previously had to walk a long distance to their old school, itself an overcrowded one in a converted car garage. But the night before opening day, as part of its ongoing US-supported efforts to make life hell for the Palestinians it rules over in its apartheid state, Israeli forces destroyed the children’s school so that when the children turned up, there was nothing there.

Israeli military jeeps came barreling down towards Jubbet al-Dhib’s first and only primary school late Tuesday night, terrifying locals who had been finishing preparations for the school’s grand opening set for the next morning. Soldiers shot tear gas and rubber-coated steel bullets as they cleared the way for bulldozers and flatbed trucks brought in to take the school.
END_OF_DOCUMENT_TOKEN_TO_BE_REPLACED