Not really. It is just that right wing media suddenly loses interest in the story once it is no longer useful to scare their voter base into thinking that Democrats are ‘soft on crime’. But you can expect coverage of violent crime to rise again just before the 2024 elections, irrespective of the actual data.

While mass shootings like the two that occurred this week naturally get a lot of attention, violent crime in general in every major category has been on a steep decline since the early 1990s. 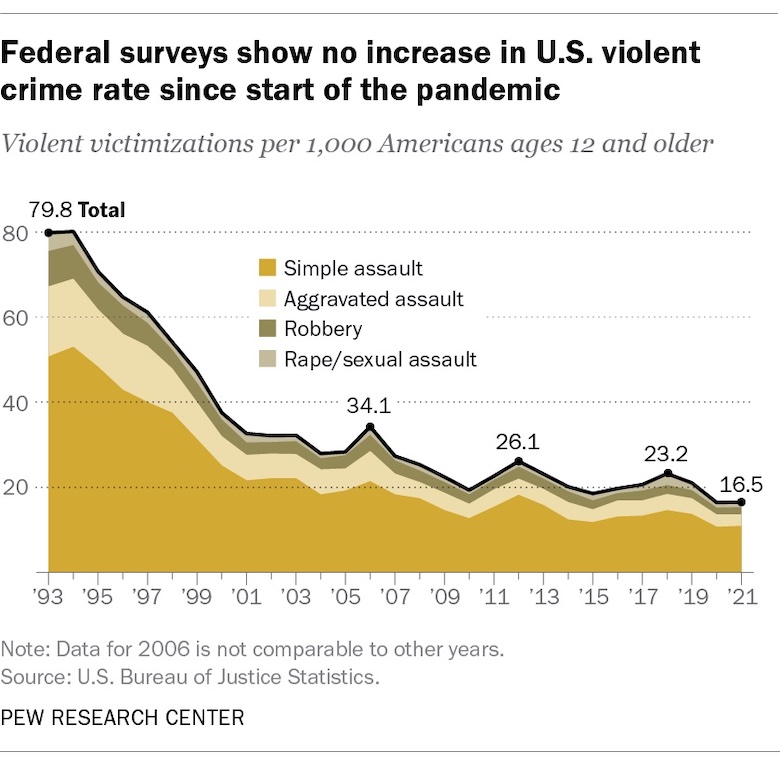