I enjoyed the pun in this cartoon but noticed one math item it got right and three things that it got wrong. Maybe others will find more. That’s the problem with math nerds. We tend to look for flaws. 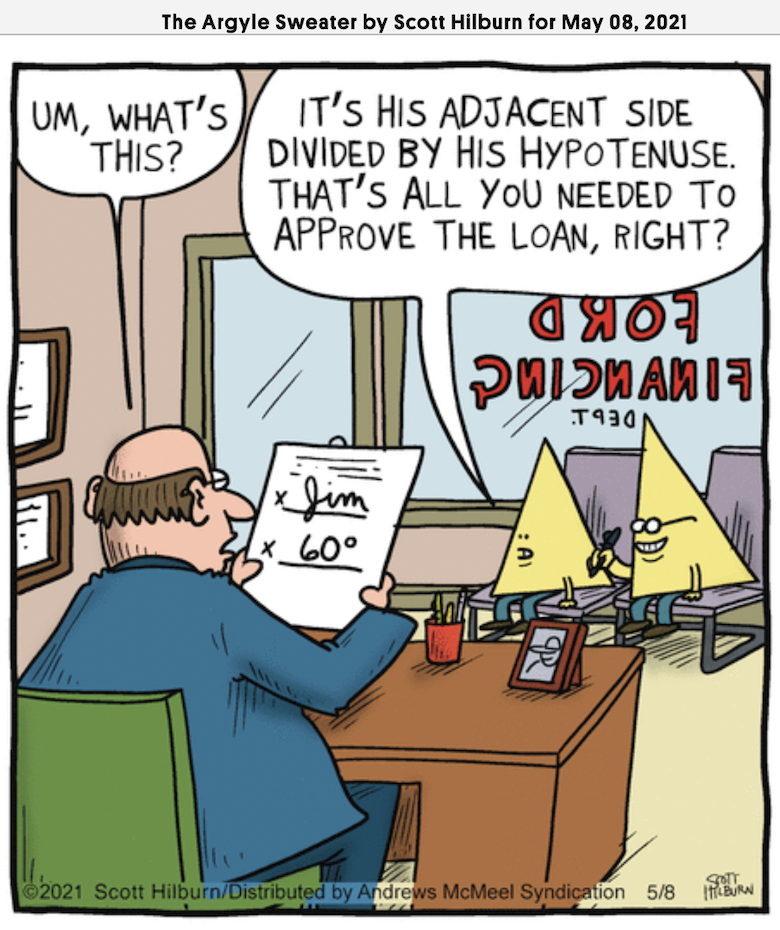