A man from Texas was convinced that the coronavirus was a hoax and hosted family gatherings that violated the guidelines. You can anticipate what happened. Fourteen of his family members, including him, got infected and two of them died. He too was hospitalized. He now regrets his behavior, saying that he feels like drunk driver who killed members of his own family and he cautions others against acting like him.

He is (of course) a Trump supporter and although he appeals to other Trump supporters to take the disease seriously, he says that he will still vote for him despite his mishandling of the pandemic because he likes his ‘other policies’. Of course he does. 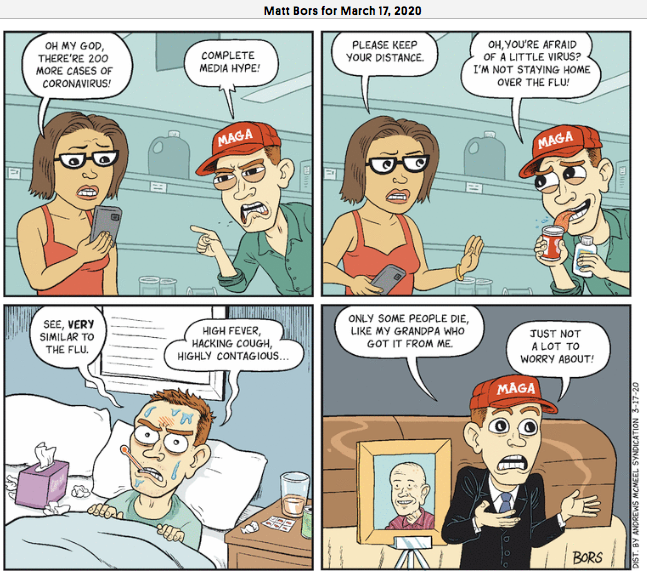 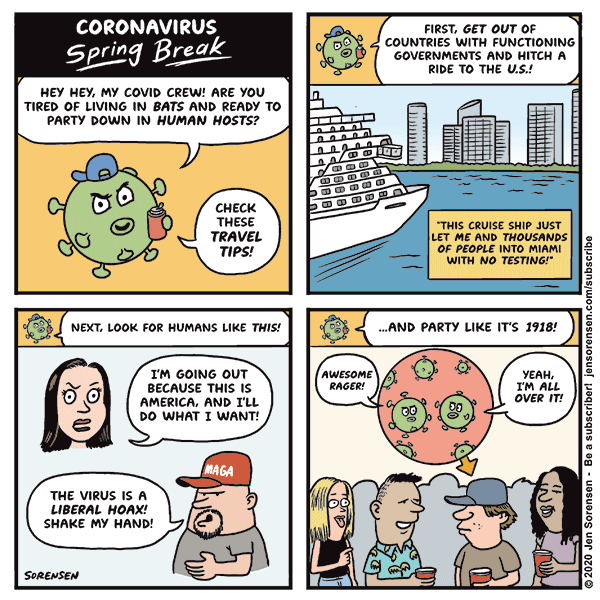