The NFL’s Washington football team announced today that they are dropping the racist team name and the logo. After sponsors and advertisers abandoned him, Snyder finally capitulated, despite vowing in 2013 never to change the name and logo.

Washington owner Dan Snyder announced in a 3 July statement that his team were launching a “thorough review” of the 87-year-old nickname and that the NFL supported the idea. That came in the aftermath of the team’s prominent sponsors, FedEx, Nike, Pepsi and Bank of America, asking them to change the name. Until that corporate pressure was applied, Snyder had shown no indication he would change the name since buying the team in 1999. Indeed, in 2013 he told USA Today that he would not change the team’s name and the newspaper could put his quote “in all caps”.

FedEx is the title sponsor of the team’s stadium in Landover, Maryland, and the chief executive, Frederick Smith, is a minority owner. Nike and other companies have pulled team equipment from their online stores.

Money is the only language people like Snyder understand. For all his tough talk earlier, when his investments were threatened, he quickly caved.

In this cartoon from 2014, the fan wearing the jersey with the team name could also stand in for Snyder and all the fans who oppose removing racist team names and logos and find ways to rationalize their stance. 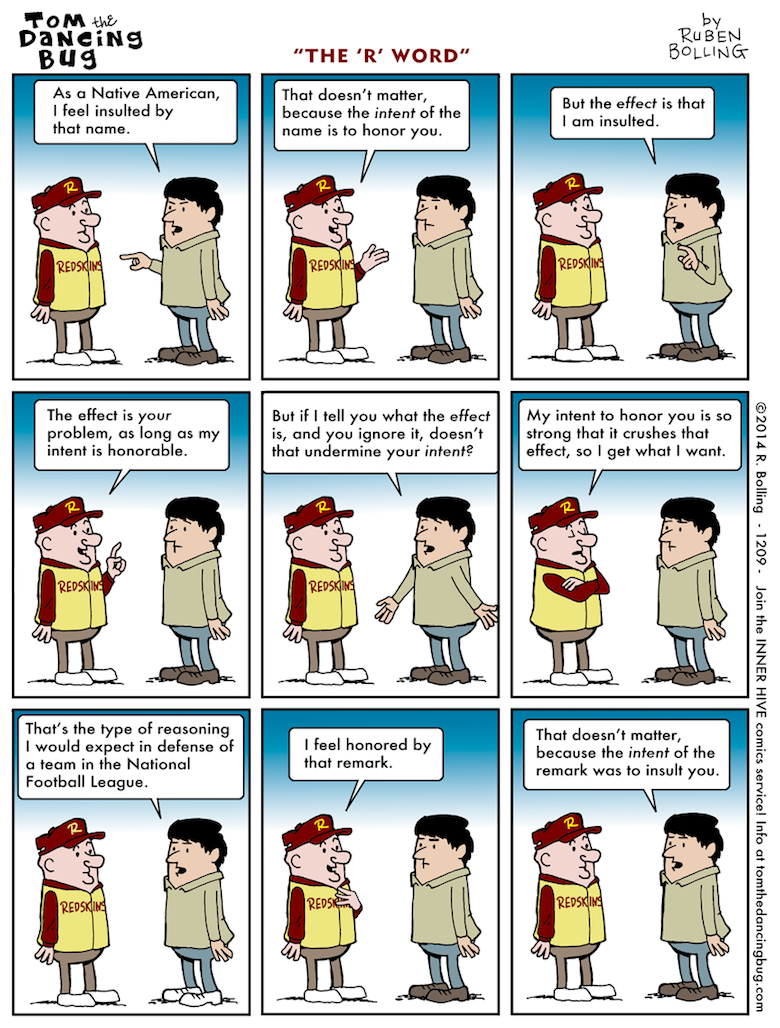