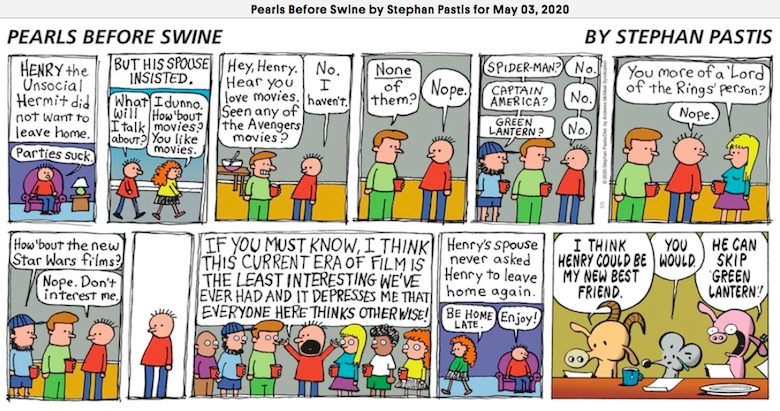 Actually, unlike Henry, I did see one superhero film that was in the Avengers series because I was curious as to what all the fuss was about. It did not persuade me to see any more. I also watched the Lord of the Rings trilogy because so many people I know loved the books so I watched the films to see if I might want to read them. The answer is no.