It is interesting to watch the media’s attempts to spin Sanders’ third consecutive win in the first three contests (something that has never happened before for either the Democratic or Republican primaries), and especially his runaway win in Nevada, as somehow not being significant. 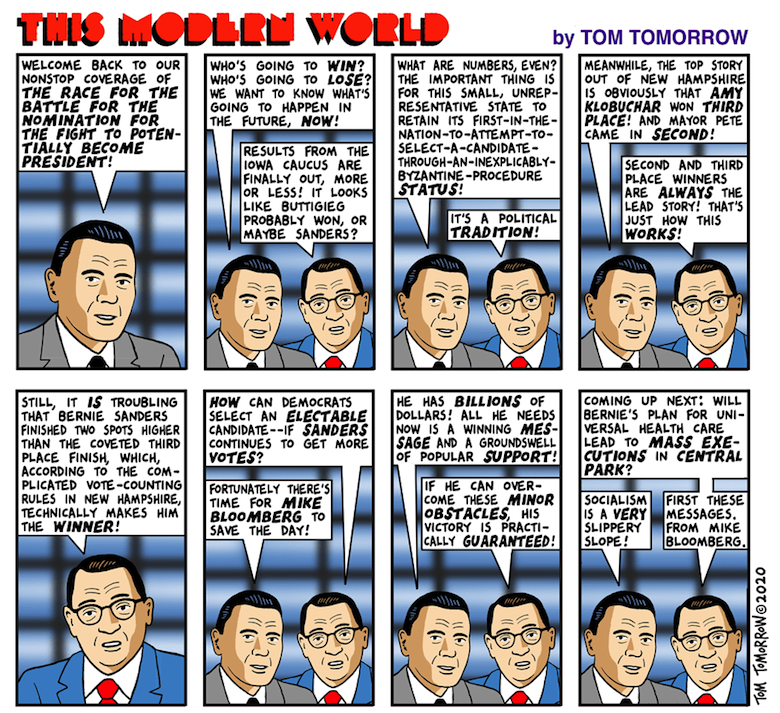 The satirical publication The Onion has been mocking the mainstream media’s attempts at downplaying the success of the Sanders campaign, with ‘headlines’ such as:

But this is my favorite.

Wow, that was some interview! » « The reason why Nevada union workers defied their leadership