This cartoon by Ted Rall describes the process by which the unthinkable slowly becomes the reality. 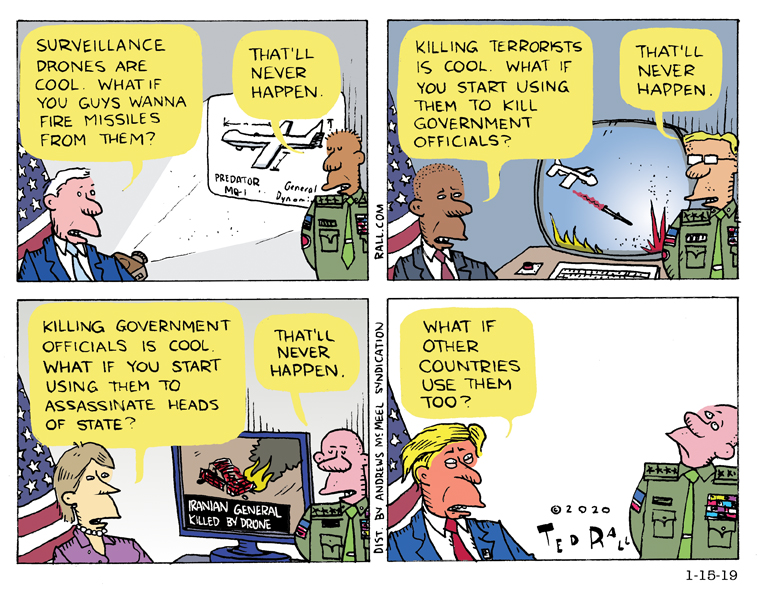 Nothing embodies the law of unintended consequences more than weapons systems. When drones were first introduced as possible battlefield tools, contractors said that there was nothing to worry about in terms of them being converted into weapons systems. They would only be used for surveillance. Now we’re using them to kill top government officials.