American cartoonist Scott Bateman tries to make sense of the state of affairs involving Brexit and prepared a handy flowchart to help people outside the UK understand the various options. Unfortunately, they all seem to lead to the same final result. 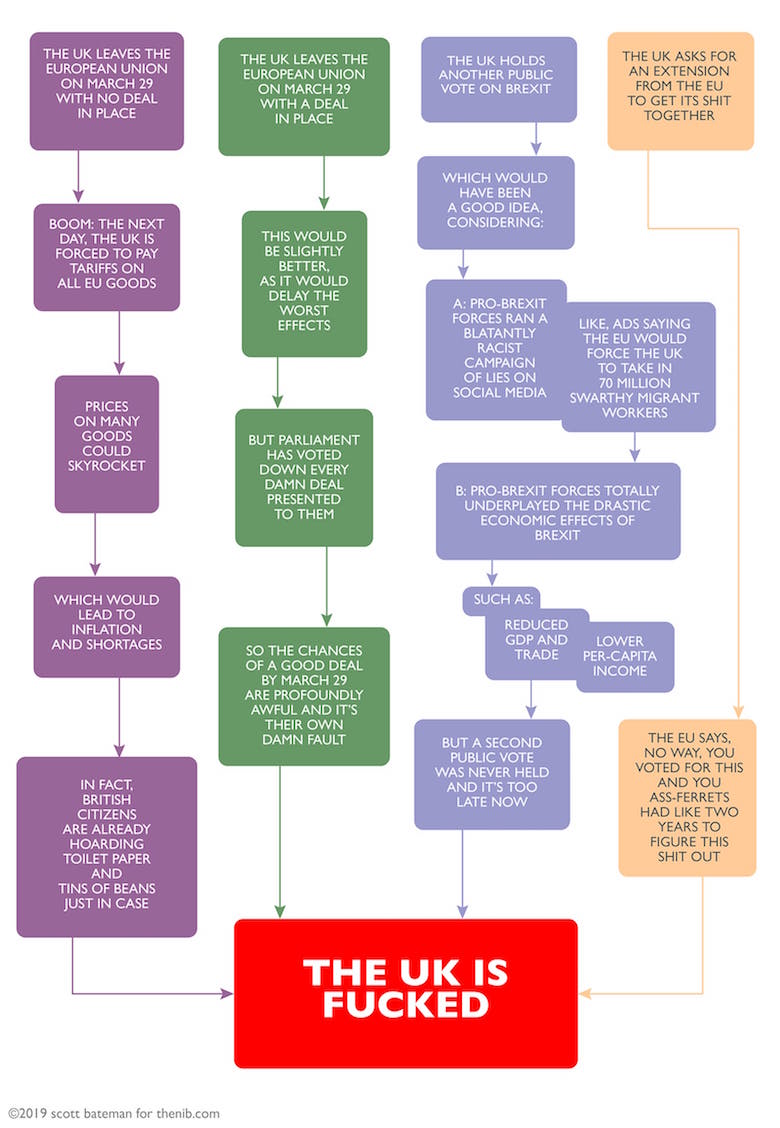 The electability question » « Racism in Australia