Another week, another gunman goes into a crowded venue and opens fire, this time killing 12 people, wounding 16 others, and then apparently killing himself. This time the event took place late on Wednesday night at 11:20 pm at a crowded country and western themed bar and grill frequented by college students at nearby Pepperdine University in an affluent area near Los Angeles.

So far no motive has been ascertained for this rampage but the gunman has been identified as a 29 year old former marine who has had prior minor brushes with the law.

We have had 307 mass shooting in the last 311 days, so are now at an average rate of about one mass shooting per day in the US, resulting in 328 deaths and 1,251 injured. Four out of the five biggest mass shootings in five decades took place just in 2018. 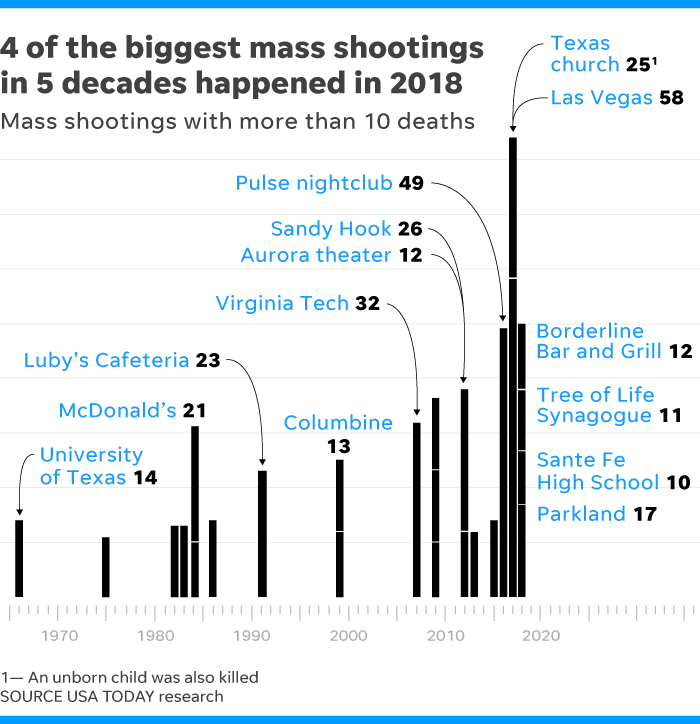 This is intolerable. My impression is that gutless politician who have been rightly shamed for offering just ‘thoughts and prayers’ after prior atrocities are saying that less frequently now. Instead of finding new platitudes, lets hope that we have some action.

Hasan Minhaj’s show took on monopolies and Amazon » « Second thoughts on the election – Trump had a bad day, Democrats had a good day