Seth Meyers says that anyone who supports this policy should resign in disgrace.

But of course they won’t.

Matt Bors also weighs in on how the Trumpists are trying to now use the Bible to justify their actions. 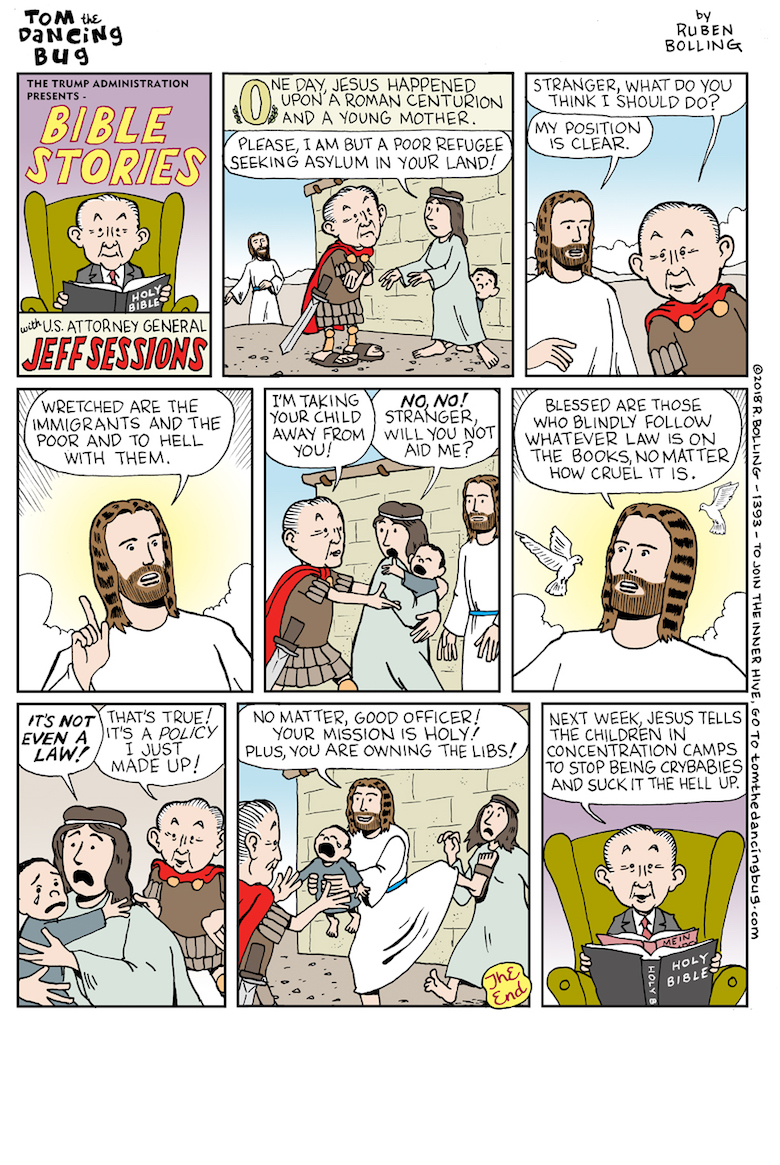 Addressing the architects and implementers of this cruel policy, cartoonist Jen Sorensen invokes the spirit of Joseph Welch and his immortal words to senator Joe McCarthy, “Have you no sense of decency, sir, at long last? Have you left no sense of decency?” If those who support this policy were honest, they would have to answer ‘yes’. But since they are not, they won’t. 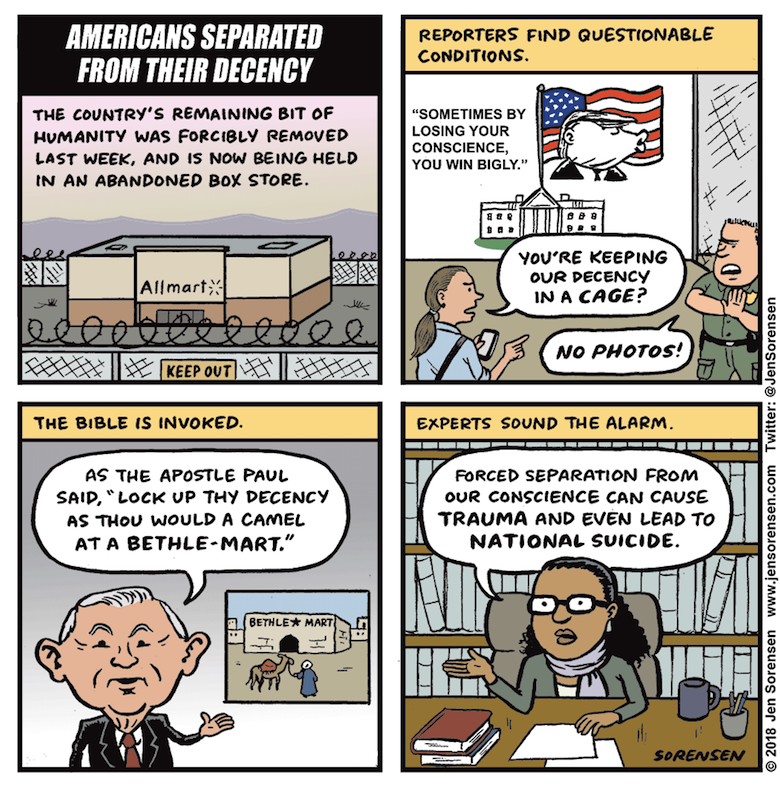 A former incel speaks out » « Another charge of cheating in cricket